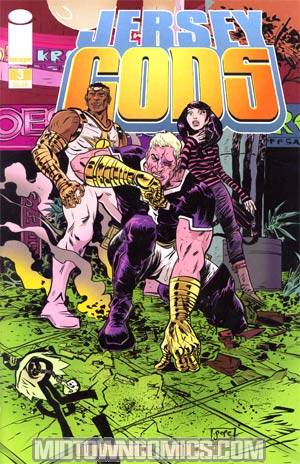 "Civil war erupts on Neboron - Barock, Helius and Rushmore’s plan to kidnap Deltus and bring a quick end to the skirmish fails miserably. On Earth, Zoe gets an earful from her parents. She also discovers the reason why her best friend’s been ducking her and it ain’t pretty. Also in this issue, MARK WAID, begins his JERSEY GODS story. This, the first of four consecutive six-pagers by WAID, sets the stage for his ten thousand year-old war story that tells the tale of a crucial battle in the history of gods of Neboron and features art by Eisner Web-comic nominee, JOE INFURNARI – “The Transmigration of Ultra-Lad.”" 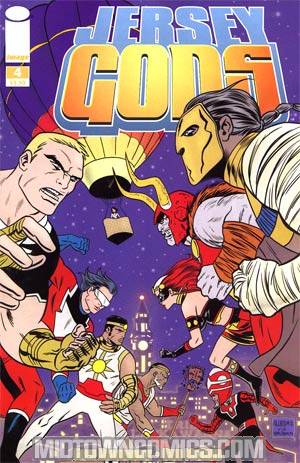 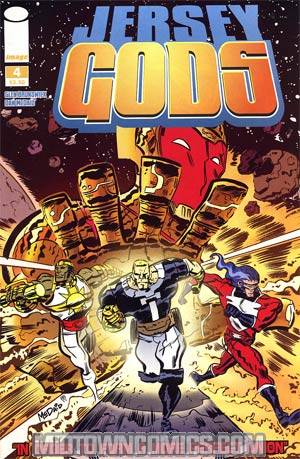