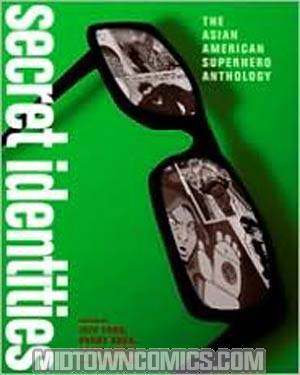 What if we told you a tale about a quiet, unassuming guy with black hair and thick glasses; an immigrant, who’s done his best to fit into a world that isn’t his? Many Asian Americans fit that bill. But so does Clark Kent, better known to the world as Superman.
—The editors of Secret Identities

Appealing to both comics fans and Asian Americans seeking to claim their place in American culture, Secret Identities makes brilliant use of the conventions of the superhero comic book to expose the real face of the Asian American experience.

Entertaining and enlightening, Secret Identities offers whiz-bang action, searing satire, and thoughtful commentary from a community too often overlooked by the cultural mainstream, while showcasing a vivid cross-section of the talents whose imagination and creativity is driving the contemporary comics renaissance.