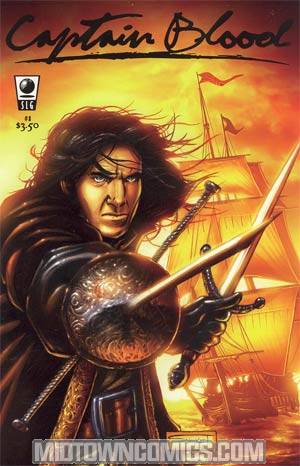 "All Peter Blood wanted was to be left alone. A doctor living in 17th century England, Blood spends his days tending to his patients and reminiscing about his time adventuring through Europe. Blood soon winds up on the wrong side of a rebellion and is sentenced to ten years of hard labor on the island of Barbados. Escaping slavery, Blood begins his career as a pirate and becomes one of the most famous Pirates in the Caribbean as well as one of literature's best anti-heroes. Captain Blood: Odyssey is an adaptation of Rafael Sabatini's novel. Later adapted into the 1935 movie starring Errol Flynn, the 1922 book was a smash hit and launched numerous sequels. Adapted for the first time to comic book form, Captain Blood: Odyssey is a very faithful adaptation of the popular novel." 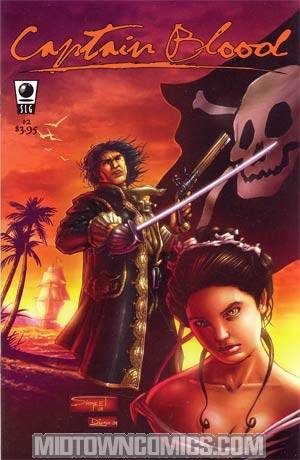