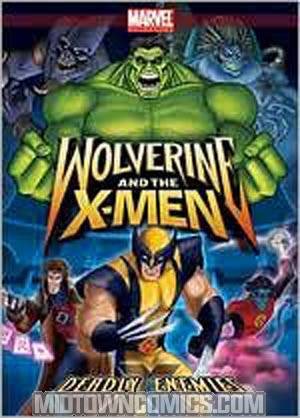 "As they continue their fight to save the Earth from apocalyptic disaster, Wolverine and the X-Men go up against a series of impressive adversaries in these five action-packed episodes of the popular Nicktoons Network animated series. In an exciting matchup, Wolverine goes head-to-head with the Incredible Hulk - but discovers another hidden enemy nearby. Other adventures involve fierce pirate battles, mind control and much more.