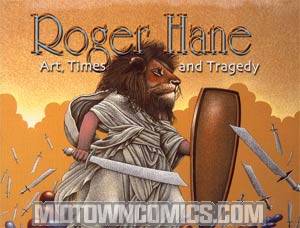 "This massive volume features nearly 300 pages of art & biography on the star illustrator of C.S. Lewis' Narnia series, Cream's ""Goodbye"" album, Carlos Castaneda's A Separate Reality, and more. Schooled in Baltimore and Philadelphia, Hane began illustrating in New York in the '60s, producing over 300 illustrations for magazines, ads, and record albums. He revived American illustration, influencing it toward the fantastic and the surreal, and was recognized nationally and internationally. Two weeks after being notified that he was to receive the ""Artist of the Year"" Award from the Artist Guild of New York, Hane met a violent, senseless and untimely death at the age of only 35. At the time of his death he had five illustrations running in major publications, including the covers of New York and Fortune magazines. In a speech to the graduating class at the Philadelphia College of Art in 1975, America’s foremost designer, Milton Glaser, who provides the foreword for this tome, said, at that time of his death, Roger Hane was the best illustrator in the country." 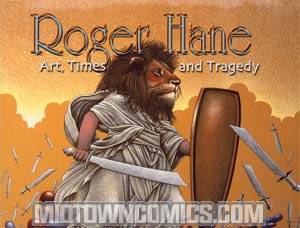