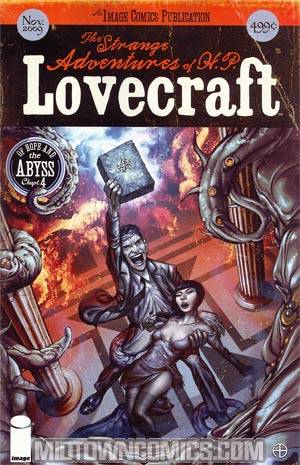 "The nightmares of H.P. Lovecraft have leaked from his brain into the world. All that he loves, all of Providence, is at risk. His mother has emerged from her catatonic state to take charge: with the police hot on his trail, her son must flee. But the detectives are the least of his worries. While in the asylum, Lovecraft unwittingly created a hellish creature that now, beyond his control, has set its sights on Sylvia! Lovecraft won't leave town and save himself without making a stand for the only woman he's ever loved. But can he get there in time? And what will happen to him? It's the final horrific chapter!"