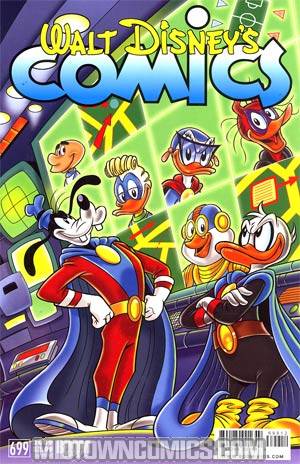 "One of the longest-lived, greatest comics in history comes to BOOM! Studios! A direct market event — the title that was host to Walt Disney's most cherished characters that helped build a decades-spanning global empire, originally launched in 1942, has come to BOOM! Kids! Ever wondered what would happen when all the superheroes of the Disney comics universe star in an epic clash against all the super villains with the fate of the world at stake? Join The Duck Avenger, Super Goofy, and the man himself Mickey Mouse for an all-new team of heroes, an all-new era in Disney publishing!" 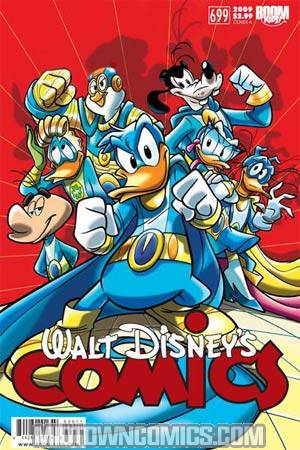 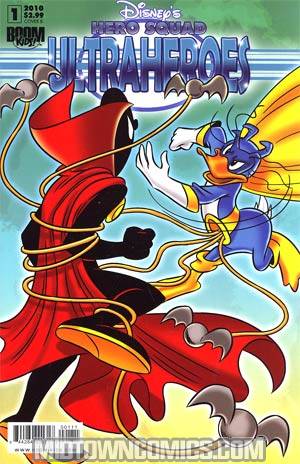 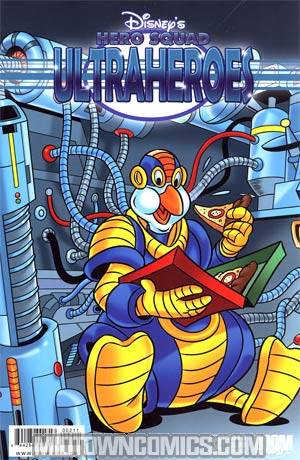 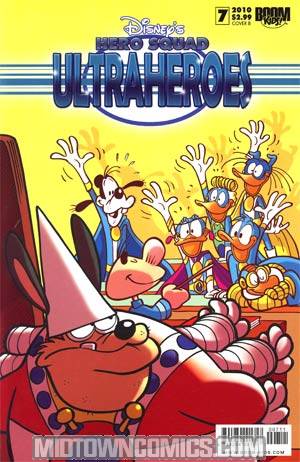 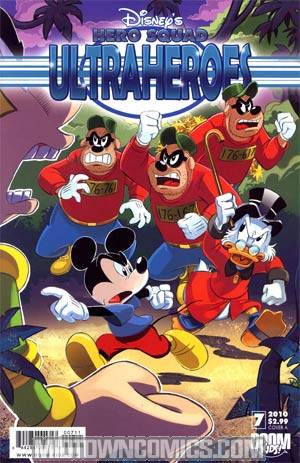 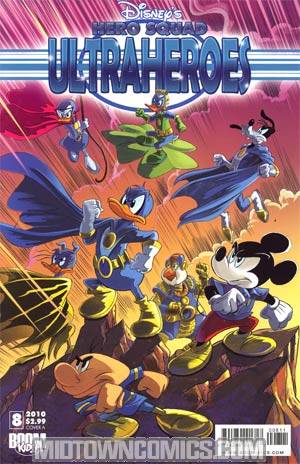 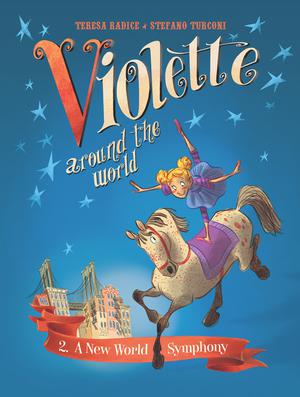 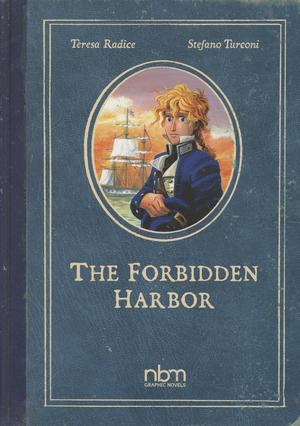