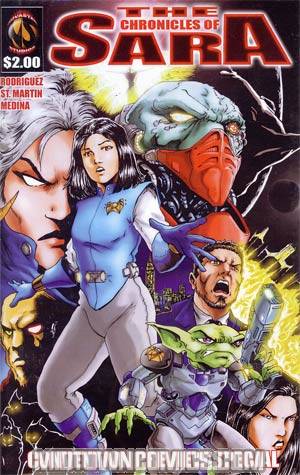 "Sara, a 15 year old high school student, accidentally inherits powers she does not want but has to use them defend Earth from an invasion looking to capture the power she now holds. With the help of ""Bob"", the Soran guard who was transporting that power, she must learn fast in order to save the planet and herself. While still making sure she hands in her school work on time. A mix of sci-fi action adventure and teen angst, Chronicles Of Sara is a sci-fi action comedy drama.

Convention Preview issue contains bios on the main characters, a look at the creation of the book, and info on the creative team."