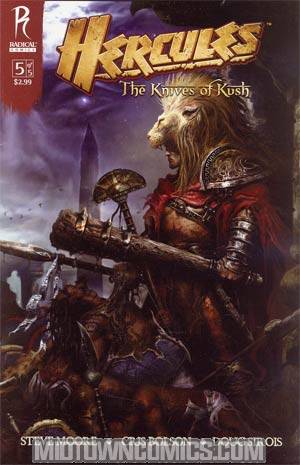 "The stunning conclusion! After an explosive showdown of thunder and lightning on the battlefield, Hercules and his companions are set to end Egypt’s civil war. But even with a cunning plan to defeat Khadis, Lord of Lightning and the insurgent king Amenmessu, there still remains a traitor in the royal house of Seti II – and when the dust has settled on the grounds of war, Hercules will not rest until the spy pays for his or her crimes against the sovereign of Egypt!" 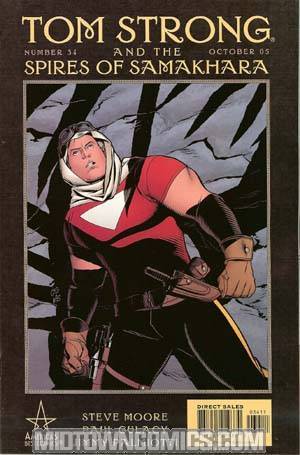 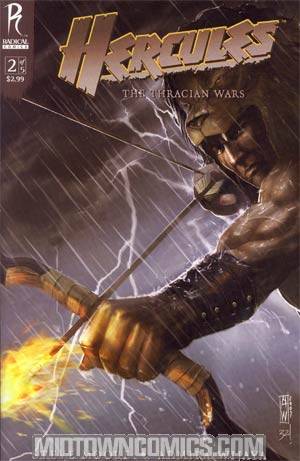 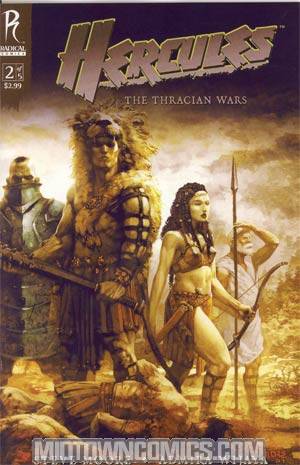 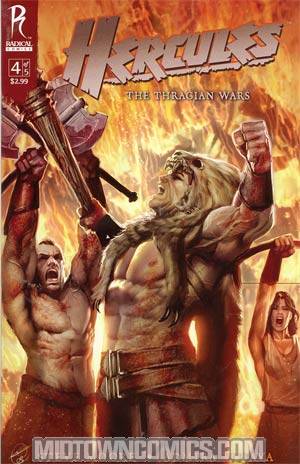 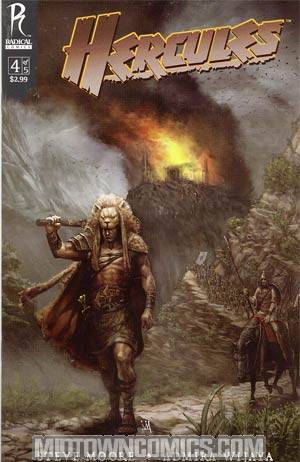 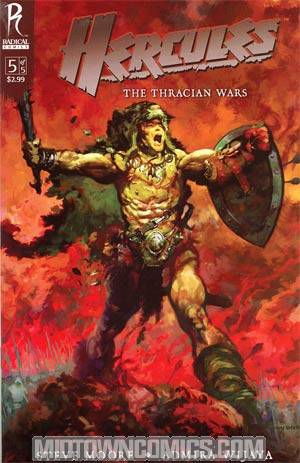 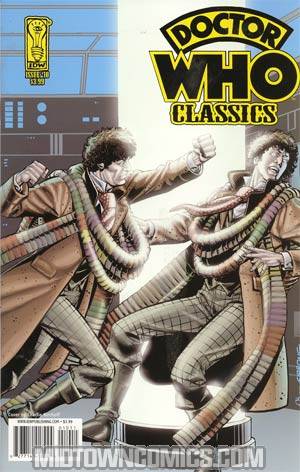 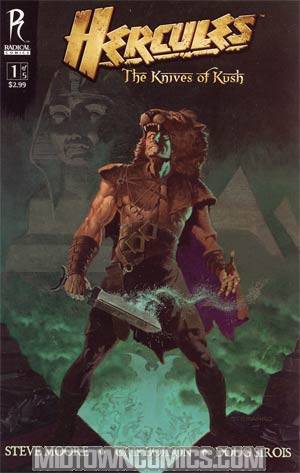 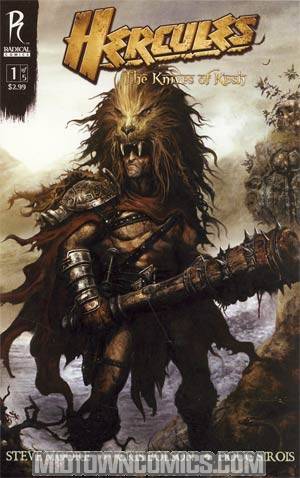 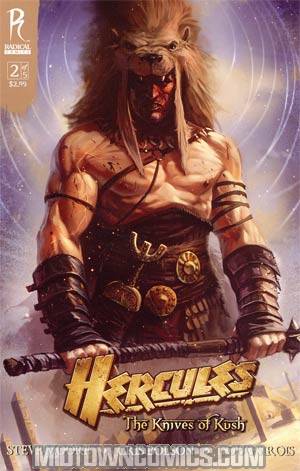 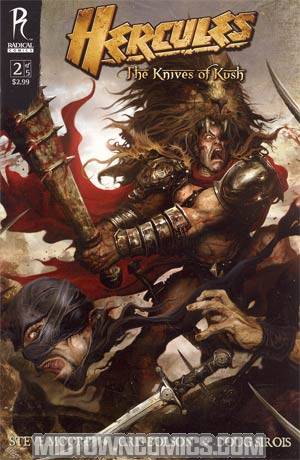 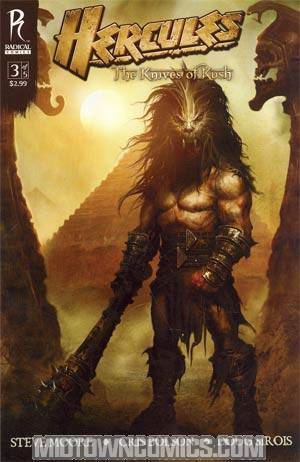 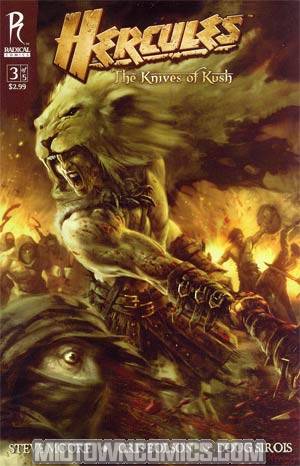 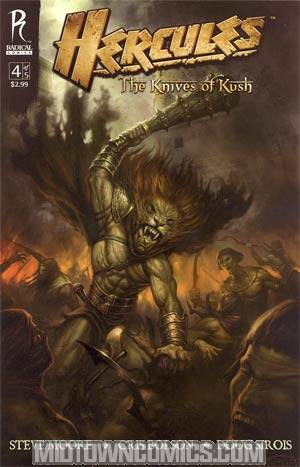 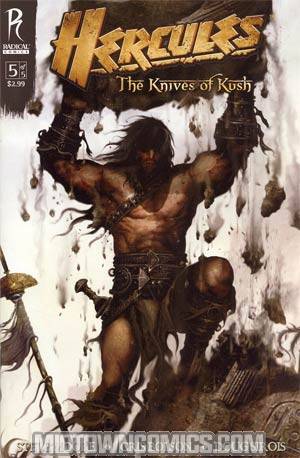 Hercules Knives Of Kush #5 Cover B 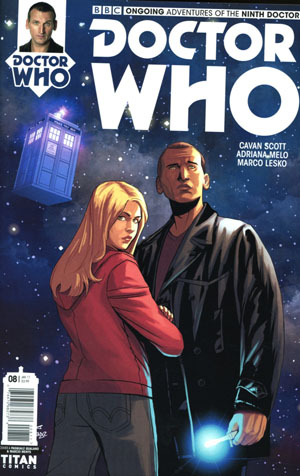