"After a devastating earthquake that left most of Japan in ruins, the district ward of Shinjuku in Tokyo has opened up a doorway into another dimension—becoming the halfway-house suspended between the mortal world and the supernatural. It has become a place where the living fights a losing battle with monsters and demons from the netherworld—a constant struggle for control on grounds, which inevitably may plunge into the depths of Hell. Factory manager by day and moonlighting P.I. by night, Setsura Aki, is no stranger to danger. Specializing in missing-persons cases and considered the best ""man hunter"" in the business, he allies himself with friend and rival, Doctor Mephisto—a wizard of physical and spiritual surgery. Together in battle, there is none that can compete with their combined wit and power—until now. Coming from the deepest and darkest parts of China, four immortal vampires, led by one of unmatched beauty and who goes by the ubiquitous title “Princess,” mystically sail into landlocked Shinjuku aboard an ancient ghost ship one roiling hot night. She and her ancient undead entourage with powers never before seen of vampires, have surmounted four thousand years of space and time to seize control of Shinjuku and make it their own. It is up to Setsura and Mephisto to uncover their new formidable foes’ true origins and to reveal the truth behind the Princess’s dark plans for the city. Can the duo stop them before they plunge the living populace into a new level of fear and slavery none can escape?" 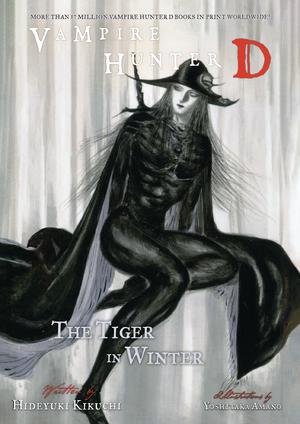