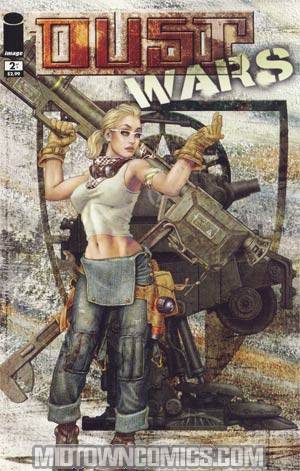 "TWISTORY STUDIOS present's PAOLO PARENTE's pinup girl & walking robot world like you have never seen. Read issue #2 as the rag tag group of American misfits set off to rob a castle deep behind enemy lines. Along the way, they are captured and then rescued by Soviet Commander Koshka and her KV-47 robot patrol on a secret mission to destroy an axis Gunther robot stronghold. Be sure not to miss the the second of three new issue series from PAOLO PARENTE's ever-growing DUST universe. This time, it's DUST WARS!"