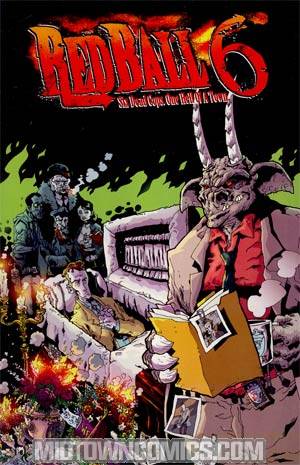 "Awakening in the sprawling necropolis of Near Dis, Wayne soon finds himself assigned to the NDPD's elite ""spiricide"" unit — the so called ""Redball 6"" — with five other dead cops from different periods of human (and nonhuman) history. Redball 6 is a darkly comedic police procedural set in a sprawling necropolis called Near Dis, an unhappy city in the littoral region of the Big Black itself. Near Dis! No one wants to be there; almost everyone ends up there. A purgatorial way station for borderline cases, Near Dis is home to legions of minor devils, wayward angels, and countless human spirits eagerly waiting their chance to move either up or down the celestial ladder."