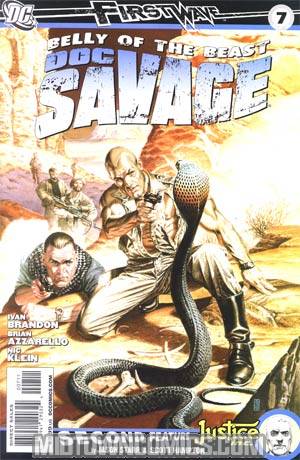 "FIRST WAVE architect Brian Azzarello joins rising star Ivan Brandon for an epic journey to the Middle East, a land decimated by war – but still full of terrible secrets! One of Doc's closest friends is lost among the shifting sands of the Forbidden Zone, and Doc'll have to fight his way through the Zone's battle-hardened inhabitants before he can come face-to-face (to face?) with the monster holding his ally captive: The Two Who Are One!

And in the JUSTICE, INC. co-feature, Smitty is hot on the trail of the two-bit thug he's made the target of his bloodlust, but his tunnel vision is leading him into a dangerous trap. And if the only light at the end of the tunnel is the Avenger, then there's no light in this world at all!" 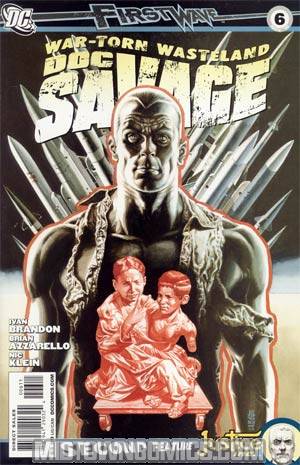 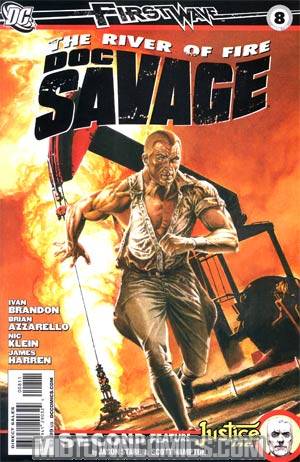