"The concluding chapter in the sequel to Radical's critically acclaimed graphic novel, Shrapnel: Aristeia Rising. Savior to some, terrorist to others, controversial ex-marine ""Sam"" Narayan returns to the war-ravaged red planet of her birth to raise an army against those who would tyrannize her people. Flung into alliances and rivalries with religious sects and violent revolutionaries, the prospective liberator of the Solar System must walk a dangerous path. Yet at the onset of Sam's campaign, she begins to slip into the darkness of her own soul, putting her army and cause at risk of annihilation by the most formidable foe of all...herself." 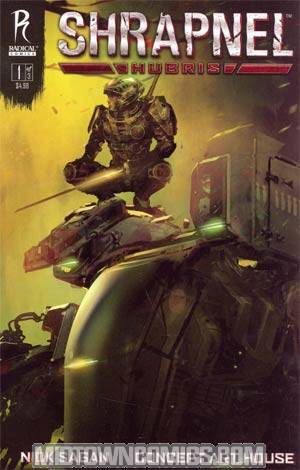