Trapped in the past, Iron Man races the clock to save the future from annihilation. But his past self is in a drunken stupor, and Tony's fellow Avengers, dismiss his story as an alcoholic delusion. The keys to saving Tony's future? Hank Pym...exiled Avenger and one of the Avengers' greatest enemies: Ultron! Christos Gage (AVENGERS ACADEMY) teams with comics legends LEE WEEKS and TOM PALMER - inker of more issues of Avengers than anyone else - to bring you an all-out epic in the mighty Marvel manner! THEN! Tony's next stop is Captain Britain's London, a totalitarian state bent on a new, 'cleaner' future. Rob Williams teams with Ben Oliver (Ms. Marvel) as Iron Man and Captain Britain fight for freedom! 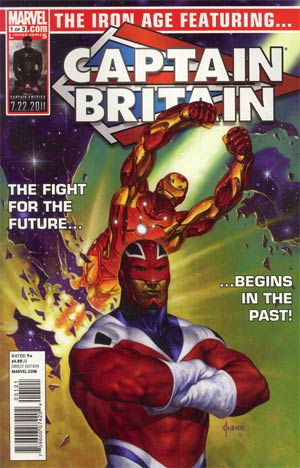