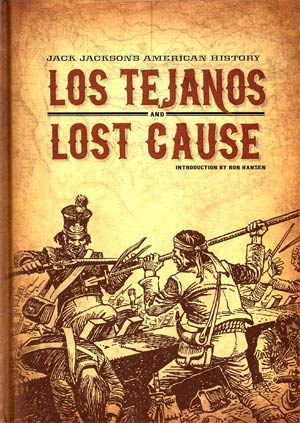 After creating what many consider the first underground comic, God Nose, in 1964 and co-founding Rip-Off Press in 1969, Jack Jackson began writing and drawing short historical comics about Texas history. Fantagraphics is proud to bring his graphic histories back into print, beginning with this first volume, reprinting two of his long-form histories: Los Tejanos, which chronicles the Texas-Mexican war between 1835 and 1875, and Lost Cause, which documents the violent reaction to Reconstruction by Texans. Jackson's work is as known for its rigorous research as for its chiseled, raw-boned visual approach, reproducing the time and place with an uncanny verisimilitude.