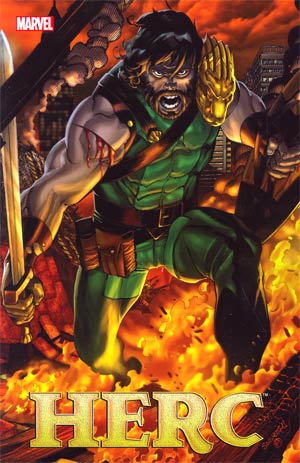 A bold new era for the Lion of Olympus! Hercules is back, minus his powers - but when mythic evil stalks the streets, what is the son of Zeus to do? He takes 3000 years of combat experience, raids Ares' armory for the most fearsome weapons of legend, and gets medieval! But what chance does a mere mortal have against FEAR ITSELF's army of monsters and super villains? Plus: when Spider-Island erupts, Hercules finds himself 'infested' with spider-powers of his own. Can you handle … the Incredible Spider-Herc?! Then: Zeus decides to move in with his wayward son after an angry Hera de-powers him. Herc teams up with the assassin Elektra to take on some powerful foes … but will Zeus muck everything up? You bet he will. Collecting HERC #1-6, #6.1 and #7-10.