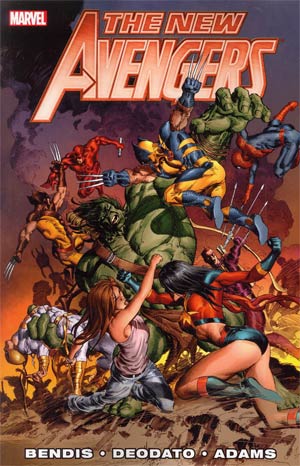 The hammer falls! With the help of legions of disaffected former H.A.M.M.E.R. agents, Norman Osborn has made an epic jailbreak. Now free to rebuild his dark army, Osborn has assembled minions from A.I.M., Hydra and the Hand to take on the Avengers. He's even got the media on his side, and people are listening. And he has another weapon the Avengers may not be able to beat: the new Dark Avengers. Every bit as powerful and far more evil than the original incarnation, Norman's new team is dead-set on destroying the Avengers! Collecting NEW AVENGERS (2010) #16.1 and #17-23.