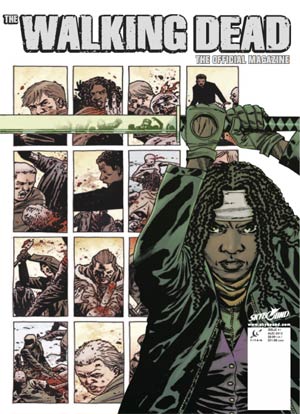 The Walking Dead: The Official Magazine will feature an inside look at the comic and show as only a fully sanctioned quarterly can. Get exclusive access including in-depth interviews with Robert Kirkman, Executive Producer/Writer on the show; Glen Mazzara, Showrunner/Executive Producer/Writer of the series and David Alpert, Executive Producer of the series. Readers will also hear from the leads on the hit television series including Andrew Lincoln, Sarah Wayne Callies, and Jon Bernthal. Also delve into The Walking Dead comic with Kirkman and find out what's coming up for our survivors or find out how the comic's artist Charlie Adlard keeps up with the fast pace of the monthly comic. We'll have all the latest news, revelations and tips for fans of the comic, television show, and the graphic novels.