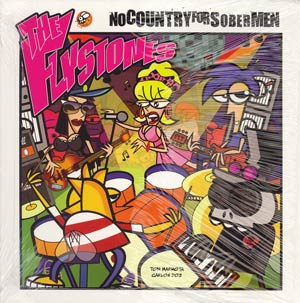 The band the Flystones are rebels of Flytown, fighting against repression, injustice, and corruption. But Don Bumblebee, the abject, manipulative, and always angry Flytown mayor, decides to prohibit the dissemination of pop music in all its variants. A fun story with a rock edge to suit the rockstar writer and the real-life counterparts of the animated characters - a band whose roots are in punk, rock, and counterculture - the age-old battle of good versus evil takes wing. Music becomes a vehicle for freedom as the Flystones fight Flytown injustice in a fictional world that is not unlike reality, but with a heavy dose of satire mixed in.