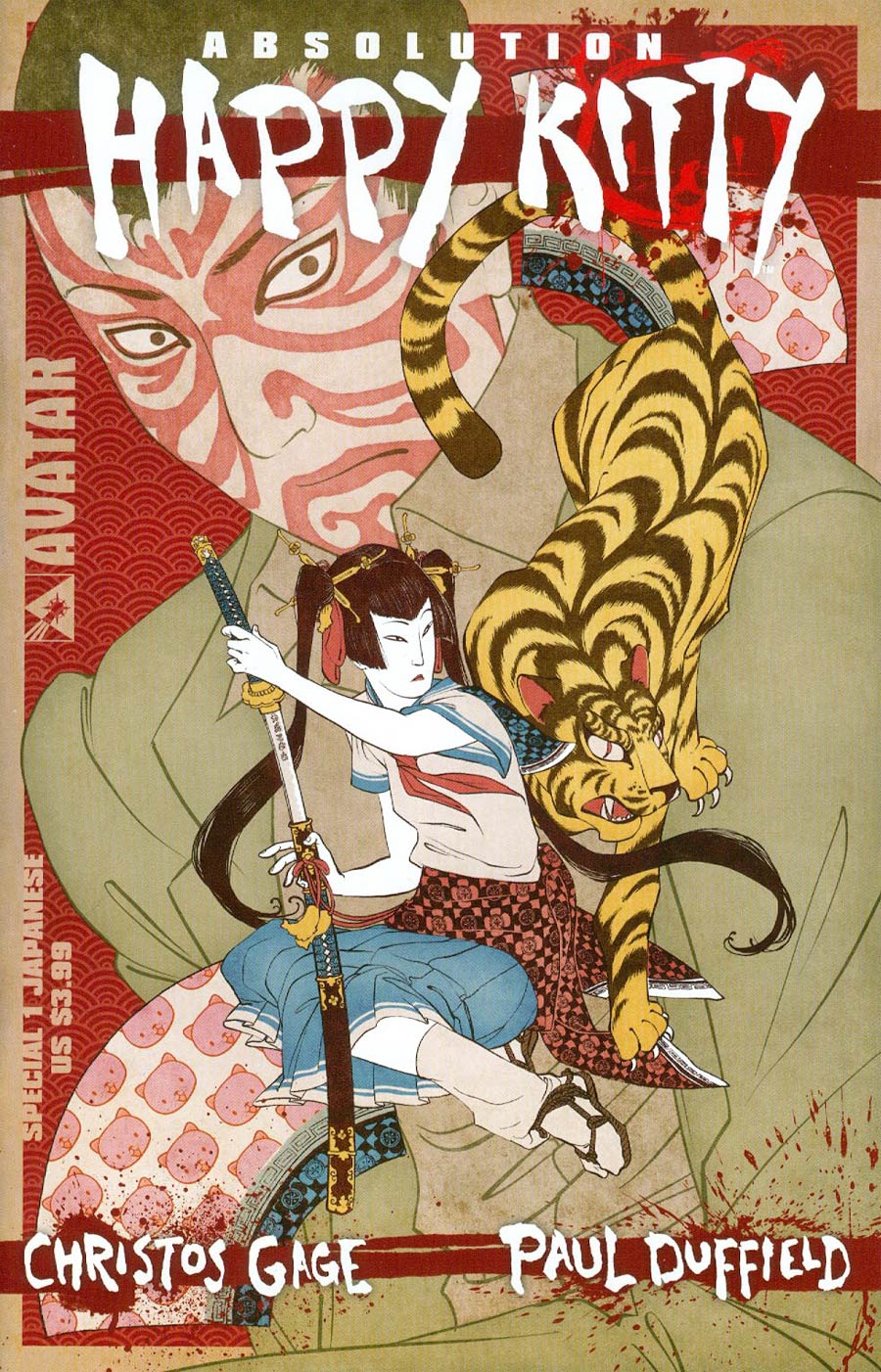 CHRISTOS GAGE rocked the comics' community with the events of Absolution: Rubicon!

From the ashes of the Polymath's rampage comes the first special origin issue of fan-favorite character, Happy Kitty! Gage is joined by fan-favorite artist Paul (Freakangels) Duffield who illustrates and colors this issue.

She's just an average teenage girl who likes to play violent video games, with one small exception. She's also an Enhancile with the gift of agility and precognition that was raised by killers and likes to cut bad people up into tiny catnip-sized bits. Before Happy Kitty finds her new way in life as an enforcer for John Dusk, we are treated to a unique story that reveals how a special little girl became the most ruthless assassin Japan has ever known. I bet the story is killer! hehehehe.