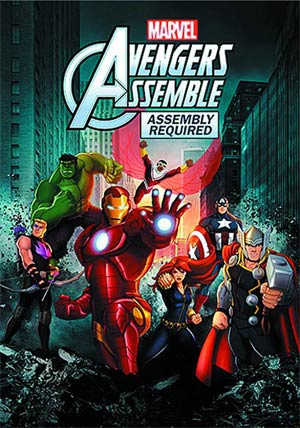 From Marvel Animation/Disney! Experience new adventures and more heroic action from the company that brought you the biggest Super Hero movie of all time, Marvel's The Avengers. Iron Man, Hulk, Thor, Captain America, Hawkeye, Black Widow and the newest recruit Falcon, battle threats no single hero could vanquish in Marvel's spectacular 2-part event, Marvel's Avengers Assemble! Can the world's most powerful team of Super Heroes put aside their differences and learn to live together under one roof long enough to save the world from ultimate destruction? The answer will be revealed when the Red Skull and M.O.D.O.K. wage war on The Avengers. Bring home all the thrills and non-stop action, complete with never-before-seen footage and bonus features!