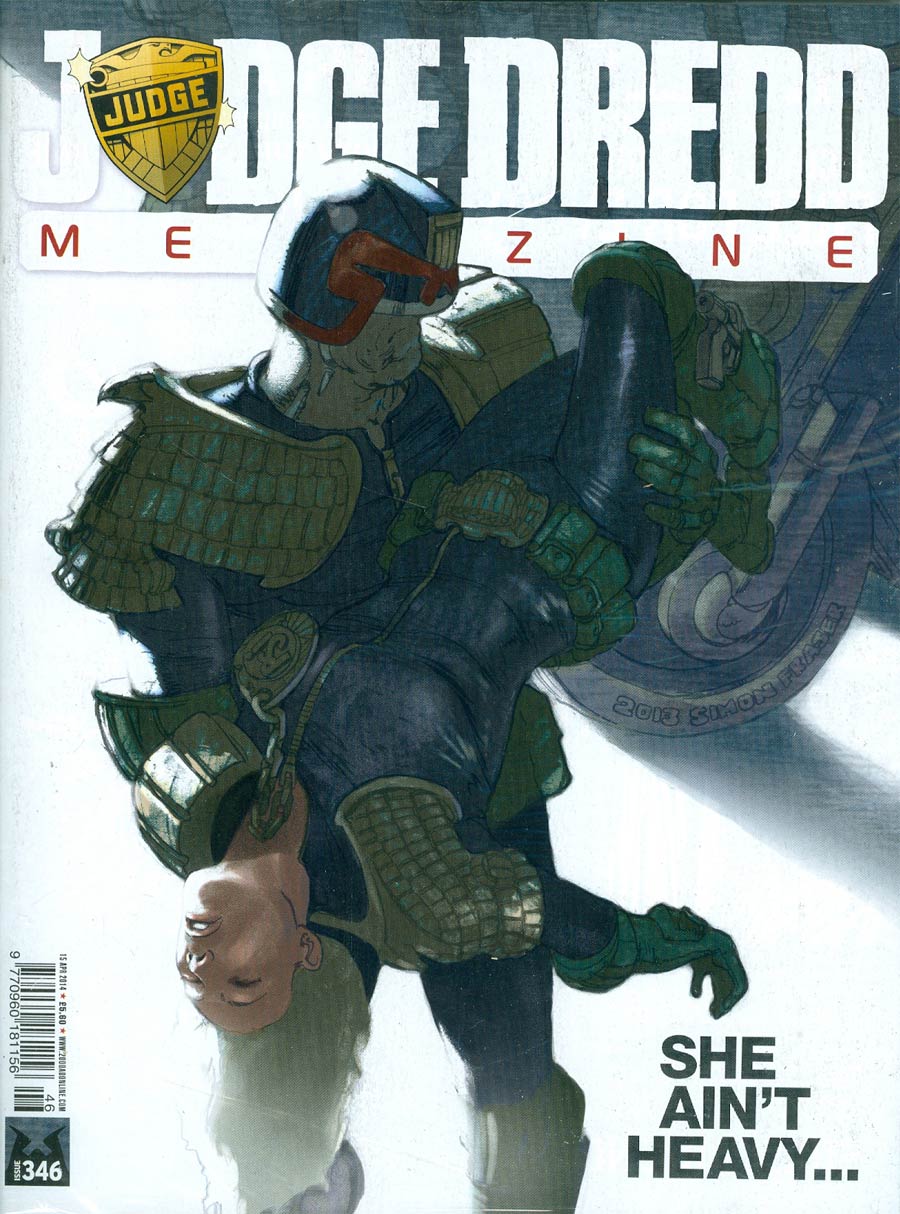 More action and adventure in the future-shocked world of Judge Dredd! Psi-Judge Anderson's life hangs in the balance in 'Dead End' by Alan Grant and Michael Dowling; private investigator Galen DeMarco must race to stop more dying at the hands of a murderous creature preying on citizens in 'The Whisper' by Mike Carroll and Steve Yeowell; Judge Dredd takes on mutie hybrids in 'The Call of K. Cattrall' by Arthur Wyatt and Paul Davidson; plus we introduce Demon Nic, a being caught between the human and demon worlds, in a brand-new series by Jack Staff creator Paul Grist! In addition, there's the usual articles, stories and more.