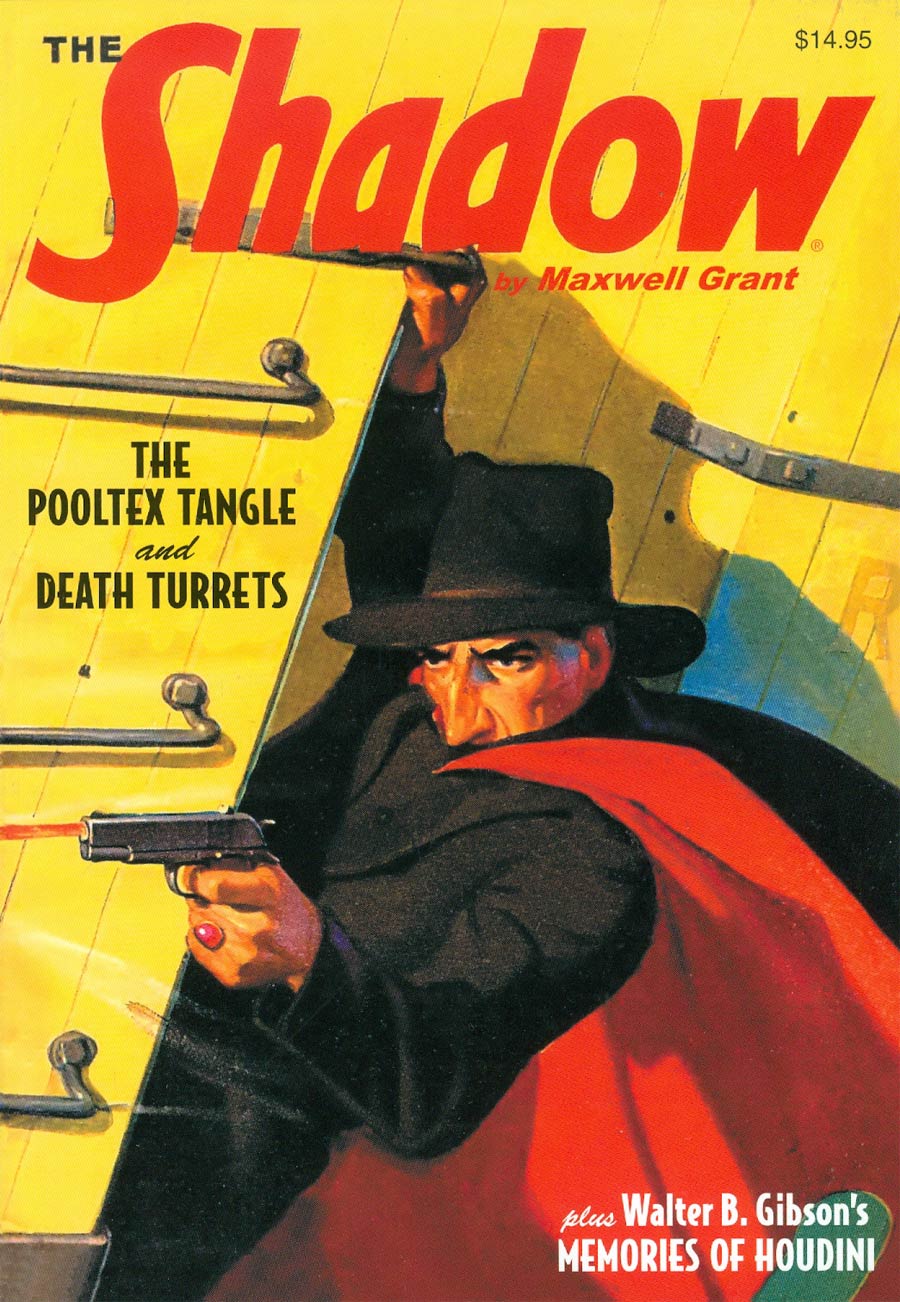 The Dark Avenger's skills as an escape artist are showcased in two thrilling 1937 pulp novels by Theodore Tinsley and Walter B. Gibson. First, The Shadow attempts to recover a stolen invention that could change the course of a future world war in &quotThe Pooltex Tangle," a thrilling tale of espionage and escape. Then, in his true identity of Kent Allard, the Knight of Darkness attempts to stop the murderous plots of a serial killer in &quotDeath Turrets," a masterpiece of misdirection! Plus, Walter Gibson recalls his legendary mentor in &quotMemories of Houdini." 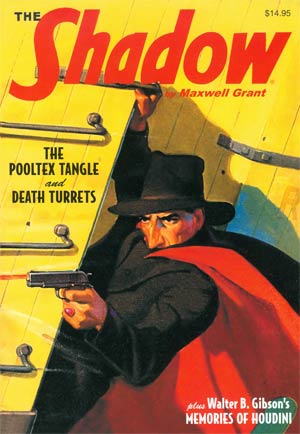