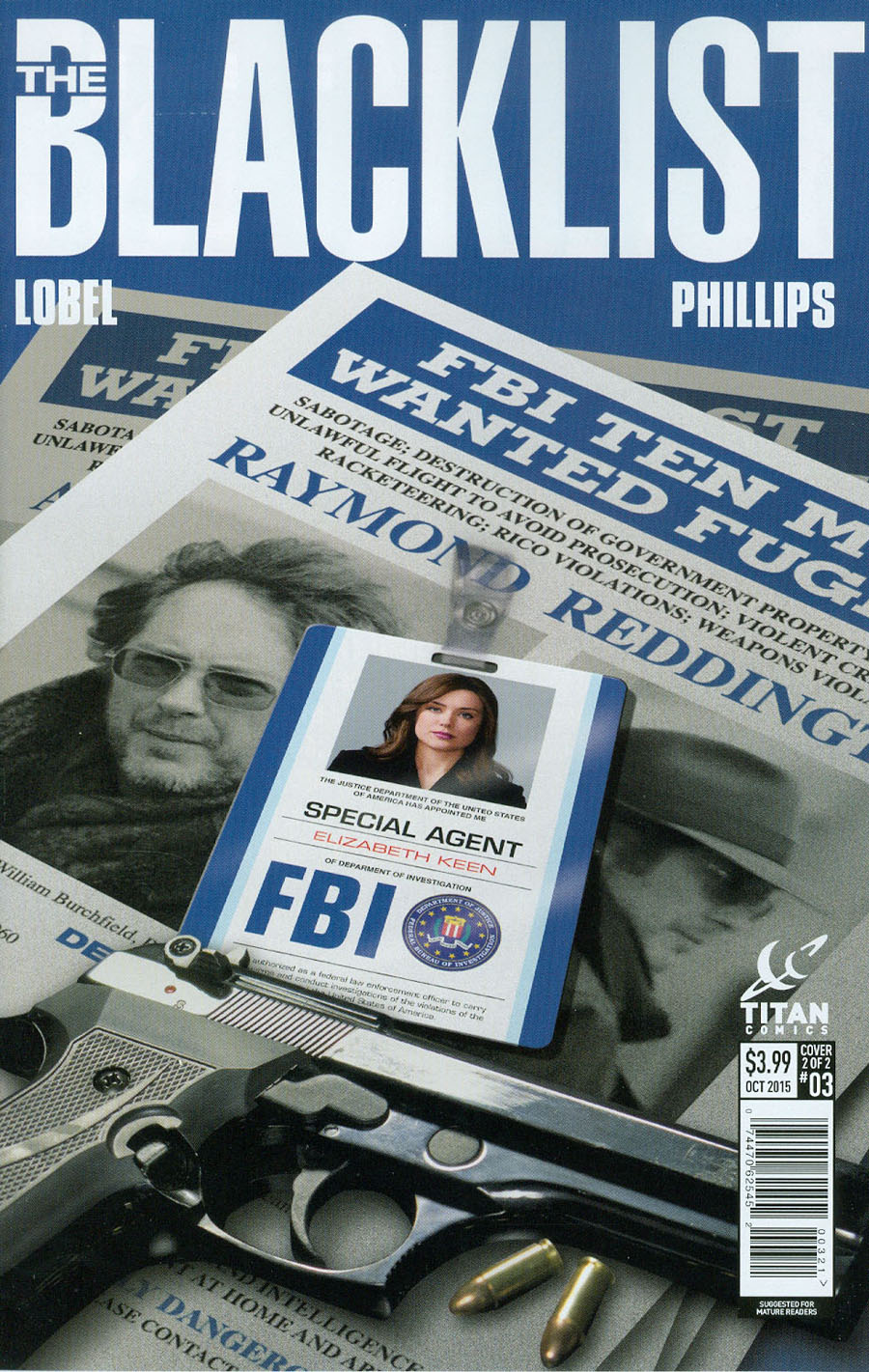 The brand-new original official comic series to the critically acclaimed NBC crime drama THE BLACKLIST, starring James Spader. As Liz struggles to deal with catastrophic events, the noose tightens on terrorist-for-hire Kiklinski, as his mysterious employer, The Gambler, unleashes legendary assassin John X to silence him before he can be apprehended by an FBI Task Force. Written by script coordinator Nicole Dawn Phillips (Judge Dredd, Slaine, ABC Warriors), The Blacklist Comic will chronicle the extended exploits of former government agent Raymond 'Red' Reddington, taking us back to the very origins of the series and revealing secrets about Red's past and how he formed relationships with some of the key characters from the show.