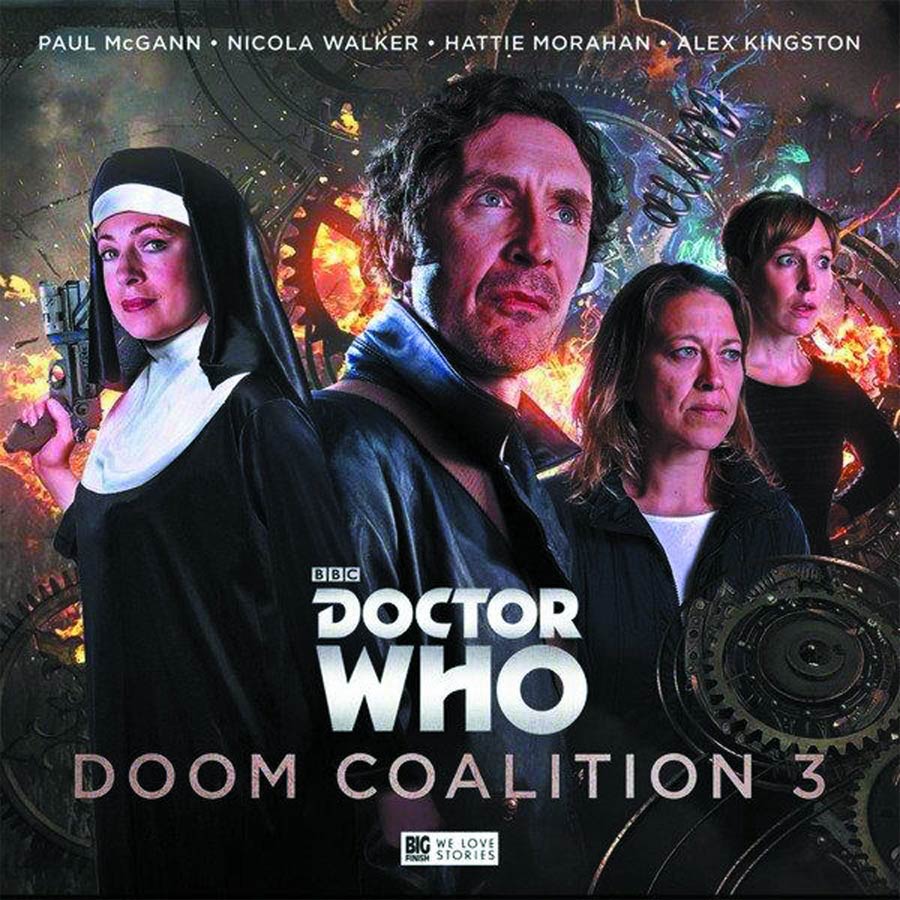 A new full cast adventure for the eighth Doctor! Following the events of the first two series of Doctor Who: Doom Coalition, the Eighth Doctor (Paul McCann) continues to battle the plans of the insane Eleven, a Time Lord with all his past regenerations living in his head! 3.1 Absent Friends by John Dorney Earth. The late 20th century. Across the world, the mobile phone is gaining popularity as more and more people decide to join the digital age. But for the residents of a sleepy English town sitting in the shade of a new transmission mast, that ubiquity has a troubling cost. When the TARDIS veers off-course, the Doctor and his companions find themselves in the middle of a mystery. Sometimes the past comes back to haunt you. And sometimes the future does as well. 3.2 The Eighth Piece by Matt Fitton 15th Century Prague: in the castle dungeons, a prisoner raves about the end of the world. Outside, Liv Chenka seeks out the workshop of a strange Clockmaker to see what he is creating. England, 1538: Lord Thomas Cromwell finds his duties interrupted by otherworldly forces - clockwork soldiers, an unusual nun, and a mysterious scholar calling himself 'the Doctor'. Perhaps the truth can be extracted in the torture chamber of London's Bloody Tower? Rome, 2016: Helen Sinclair has an appointment with an enigmatic Professor, whose greatest work is almost complete. Only the Eighth Piece is missingà 3.3 The Doomsday Chronometer by Matt Fitton While River Song takes Helen on an archaeological expedition like no other, the Doctor finds himself enlisted by an alien Queen to save her people. Trapped and alone, Liv stares death in the face as she meets the enemy who's been dogging the TARDIS travellers' footsteps throughout Earth's history. The Doomsday Chronometer has been protected for five centuries: secret cults and societies jealously guarding its mystery. But what is their real purpose? The Doctor is about to discover the truthà 3.4. The Crucible of Souls by John Dorney The date has been set. The trap has been sprung. A life has been taken and a maniac is on the loose. With the TARDIS crew separated and in terrible trouble, will today be the day the bad guys win? Spoilersà Written By: John Dorney, Matt Fitton Directed By: Ken Bentley Cast Paul McGann (The Doctor), Nicola Walker (Liv Chenka), Hattie Morahan (Helen Sinclair), Alex Kingston (River Song), Jeremy Clyde (George), Ian Puleston-Davies (Angus Selwyn), Richard Hope (Phillip Cook/Kal), Anna Acton (Kate Drury), John Shrapnel (Thomas Cromwell), Kasia Koleczek (Apolena), Glen McCready (Solvers/Abbot), Emma D'Inverno (Rosalia), Tim McMullan (Octavian), Janie Dee (Risolva), Robert Bathurst (Padrac), John Heffernan (The Imposter) and Nicholas Woodeson (The Clocksmith). Other parts portrayed by the cast. 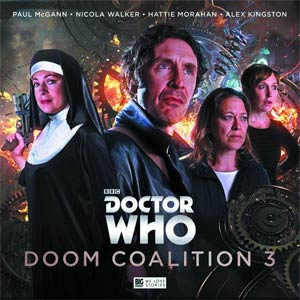