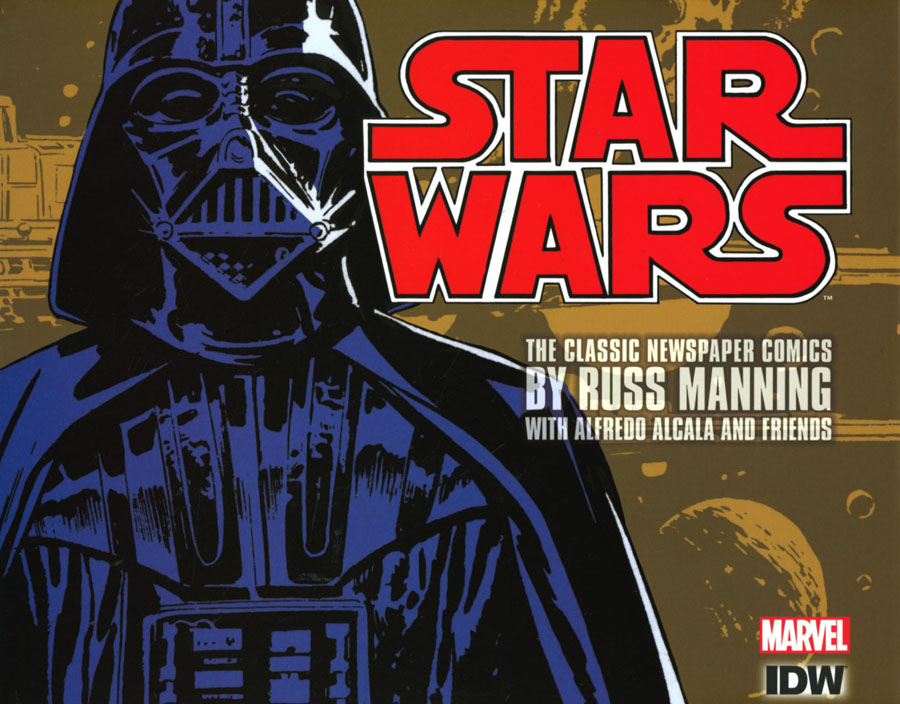 The first of three volumes that present, for the first time ever, the classic Star Wars newspaper strip from 1979-1984 in its complete format - including each Sunday title header and 'bonus' panels in their meticulously restored original color. Initially the color Sundays and black and white dailies told separate stories, but within six months the incomparable Russ Manning merged the adventures to tell brand new epic seven-days-a-week sagas that rivaled the best science fiction comics of all time. Volume One contains 575 sequential comic strips from the strip's premiere on March 11, 1979 to October 5, 1980.
• The classic strip collected in its entirety in its original format for the first time!