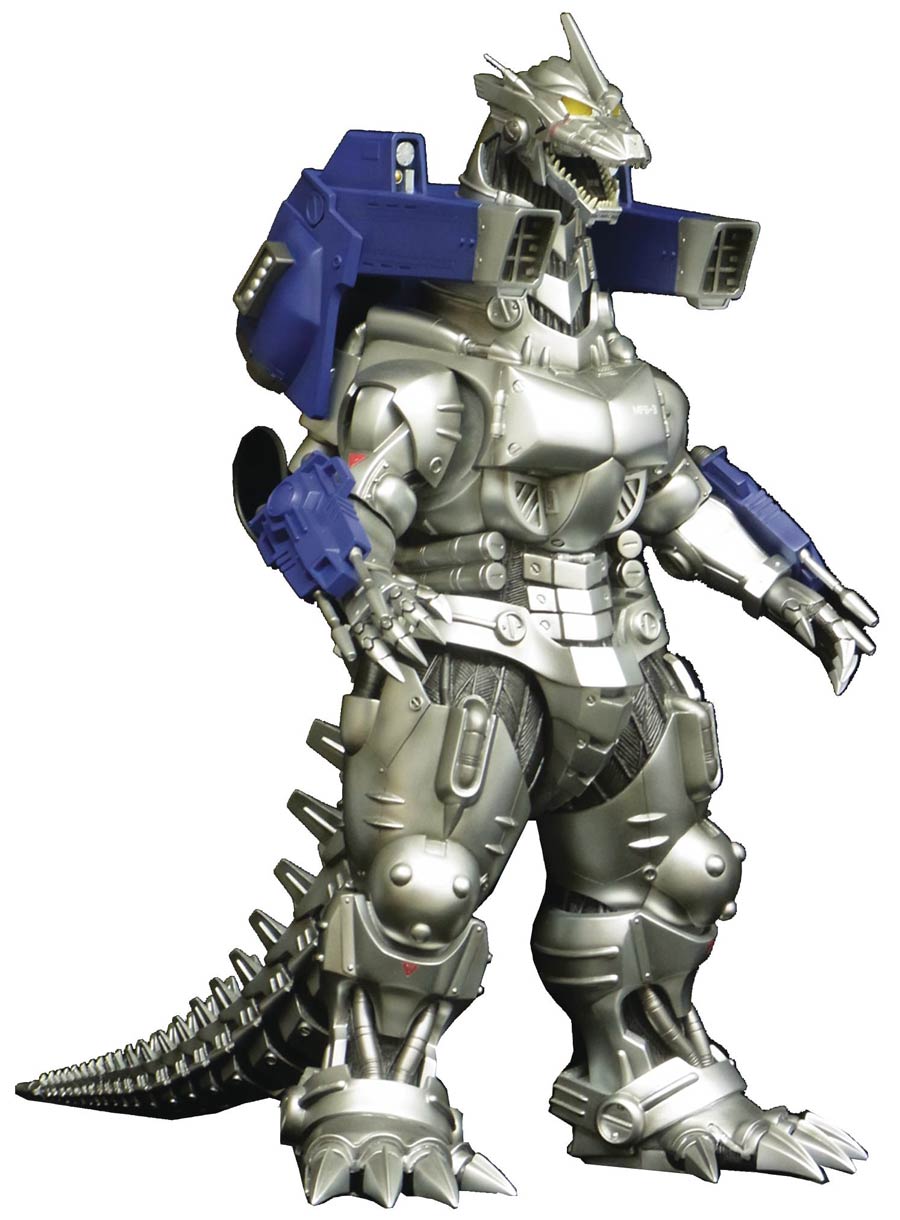 From X Plus USA. A PREVIEWS Exclusive! When it is discovered that Godzilla is immune from conventional weapons, a new armored battle fortress, MechaGodzilla (a.k.a. Kiryu), is built to combat the rampaging creature in 2002's Godzilla Against MechaGodzilla. This figure, part of the 12" scale kaiju series, recreates Kiryu as it appeared in the 2002 film, outfitted with special weapons with which to battle Godzilla. 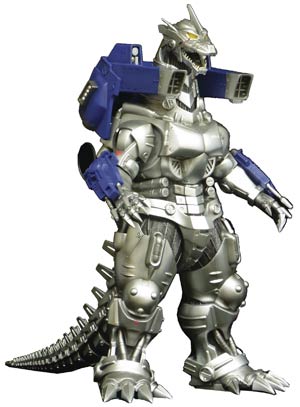