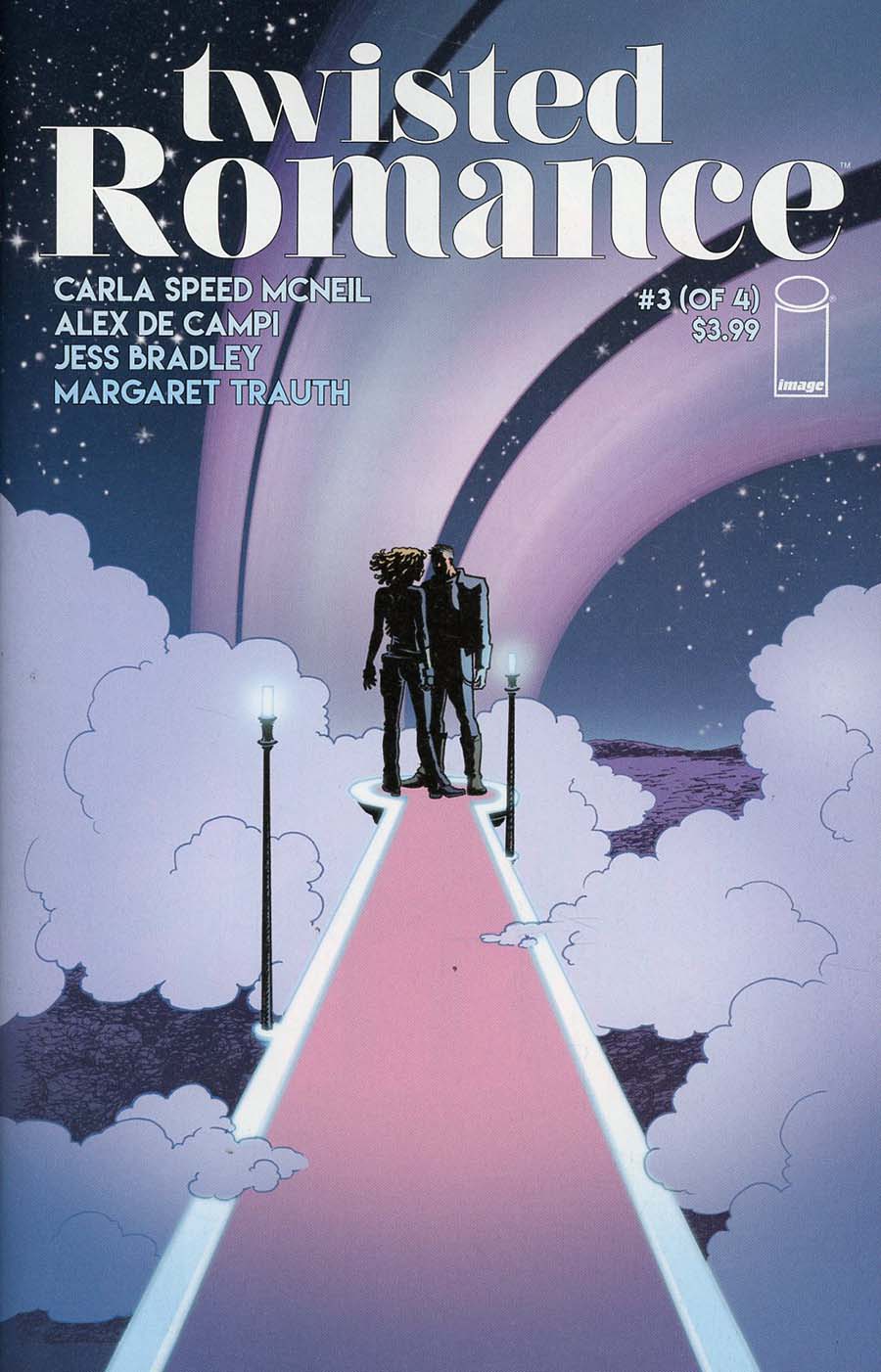 FOUR-ISSUE WEEKLY MINISERIES EVENT!
Critically acclaimed writer ALEX de CAMPI teams up with some of comics' hottest artists to create tales of love gone wrong, right, and everywhere in between.

ISSUE THREE: 'INVINCIBLE HEART'
When Captain Rao of the intergalactic dreadnought Invincible captures the notorious privateer Black Domhnall, he thinks his problems are over. How wrong he is. The pirate is argumentative, infuriating, and way, way too pretty. But Captain Rao is a man of duty, and he will stick to his orders if it kills him. It just might. Drawn by CARLA SPEED McNEIL (NO MERCY, Finder). Backup comics story by MARGARET TRAUTH (Decrypting Rita, Silicon Dawn Tarot) and prose story by JESS BRADLEY. 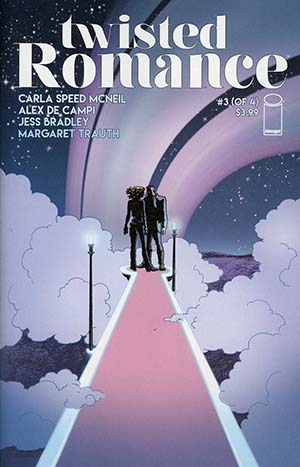