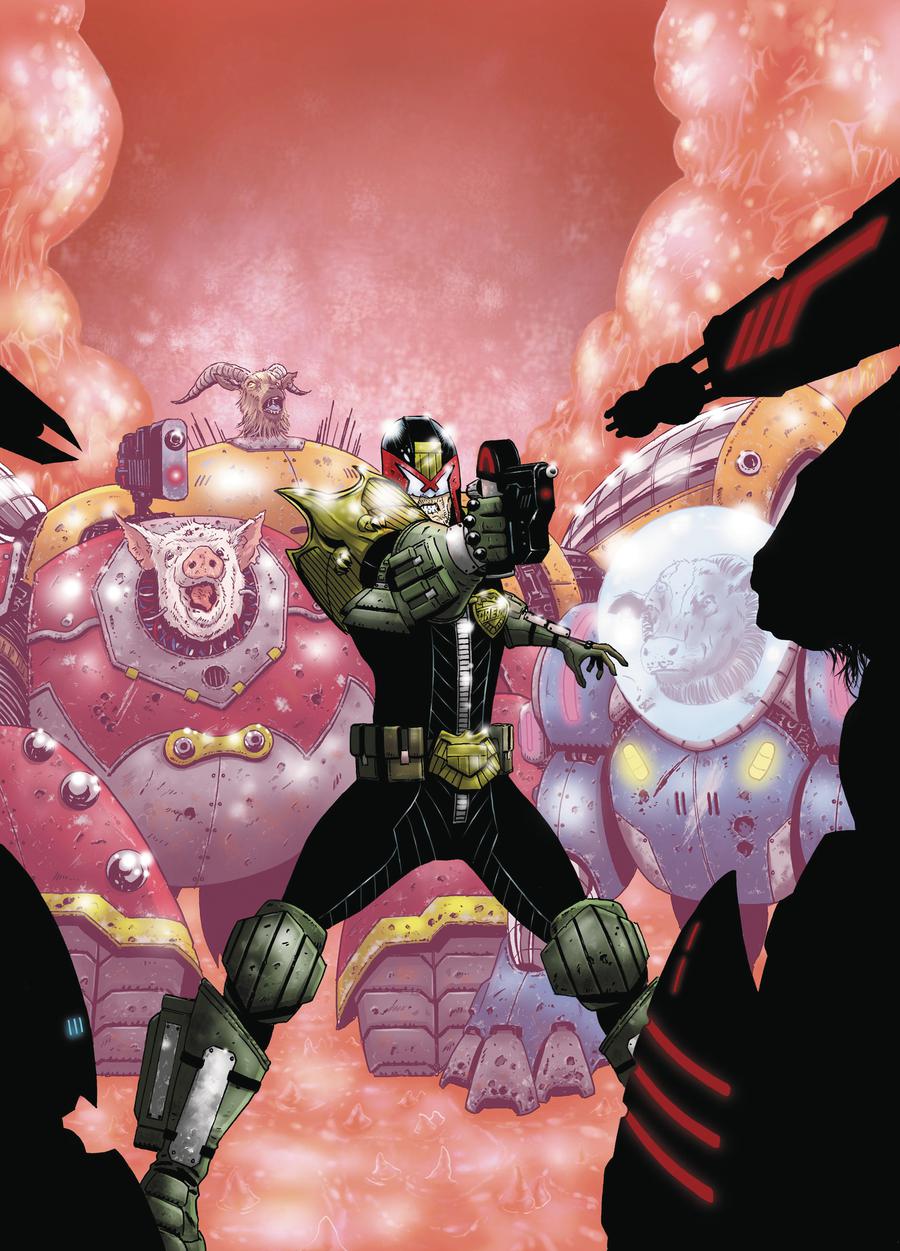 More action and adventure in the future-shocked world of Judge Dredd! The lawman and Harry Heston are on the run as an ape revolution rises around them in 'Krong Island' by Arthur Wyatt and Jake Lynch; Marshal Metta Lawson is left counting the cost of war with Munce, Inc. in the last episode of the current series of Lawless by Dan Abnett and Phil Winslade; Cursed Earth Koburn is caught in the centre of outright chaos in 'The Law of the Cursed Earth' by Rory McConville and Carlos Ezquerra; the dimensional wall is breaking apart in the DREDD movie sequel 'The Dead World' by Arthur Wyatt, Alex De Campi, and Henry Flint; and a new series starts this issue as an anomaly appears in Ciudad Barranquilla and only a band of NDE survivors can investigate in 'The Returners' by Si Spencer and Nicolo Assirelli. Plus, in the bagged graphic novel this month, Earth faces its final battle with the alien Hurde in Outlier Volume 3 by T.C. Eglington and Karl Richardson! 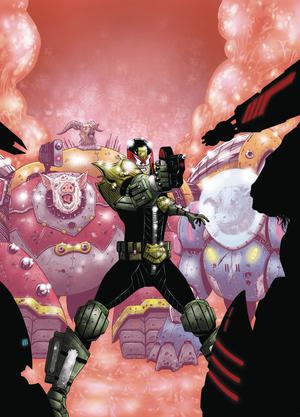