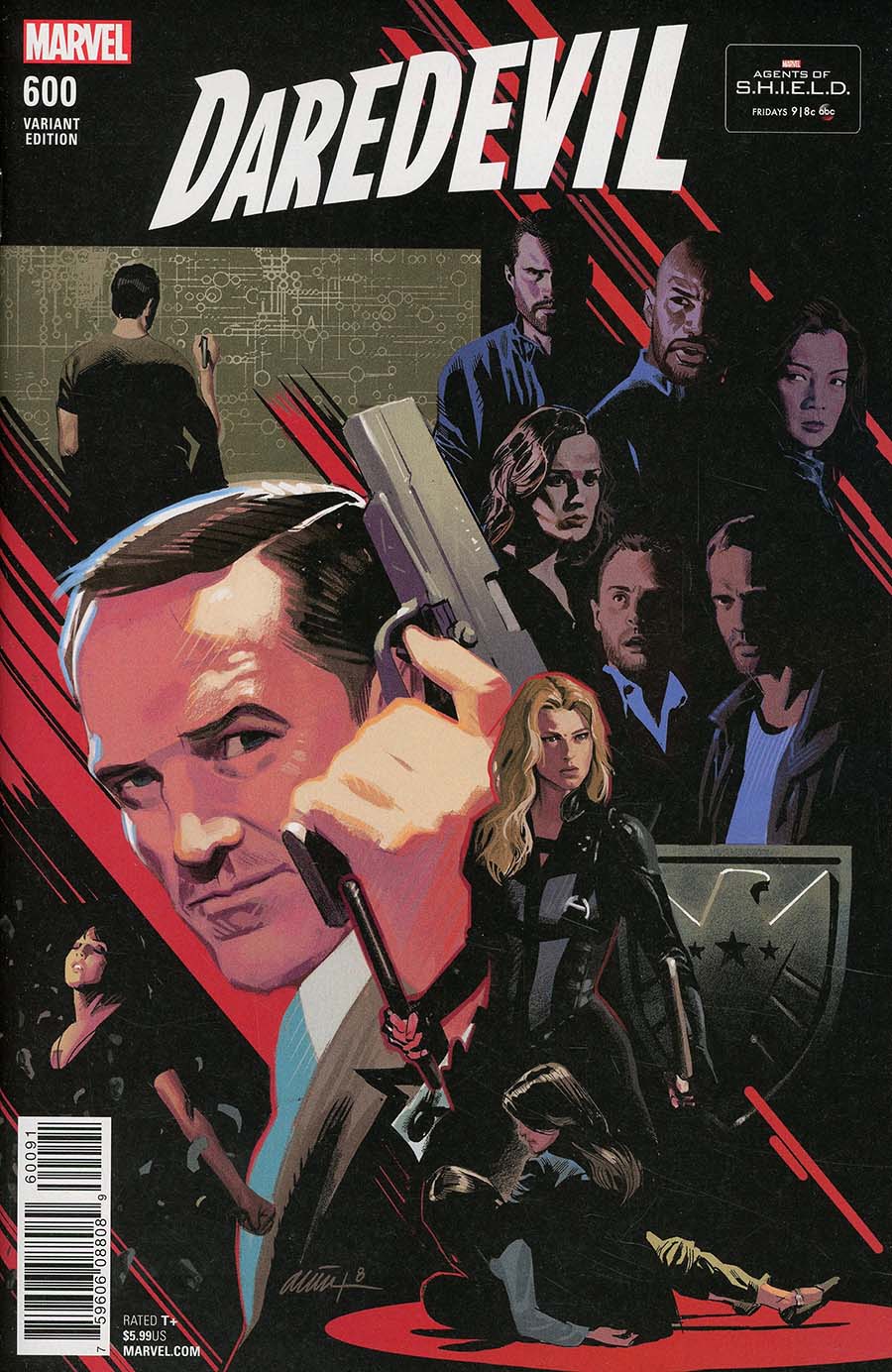 MAYOR FISK Conclusion!
OVERSIZED ANNIVERSARY ISSUE!
Daredevil can see the new mayor's machinations coming together…but is he in time to stop them? Guest-starring both the heroes and villains of the New York City streets…this oversized anniversary issue has a surprise ending that will shake the city to its very core! Plus: a look at Foggy & Matt's relationship over the years!
Rated T+ 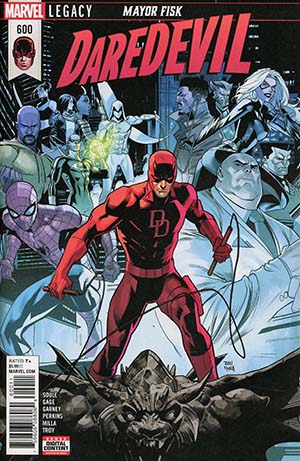 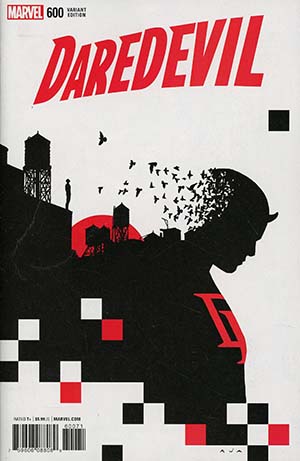 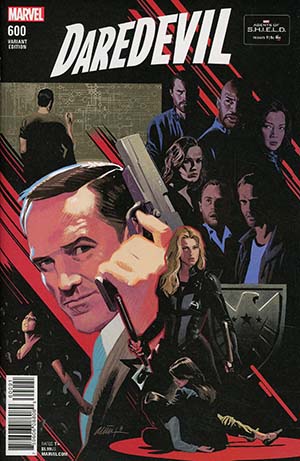 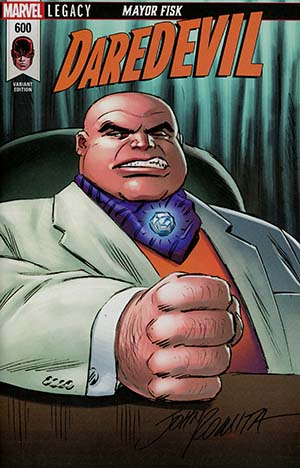 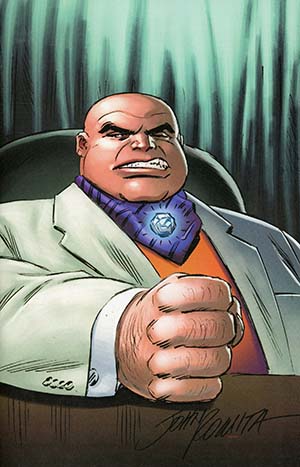 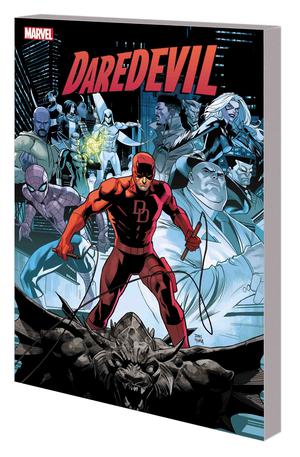