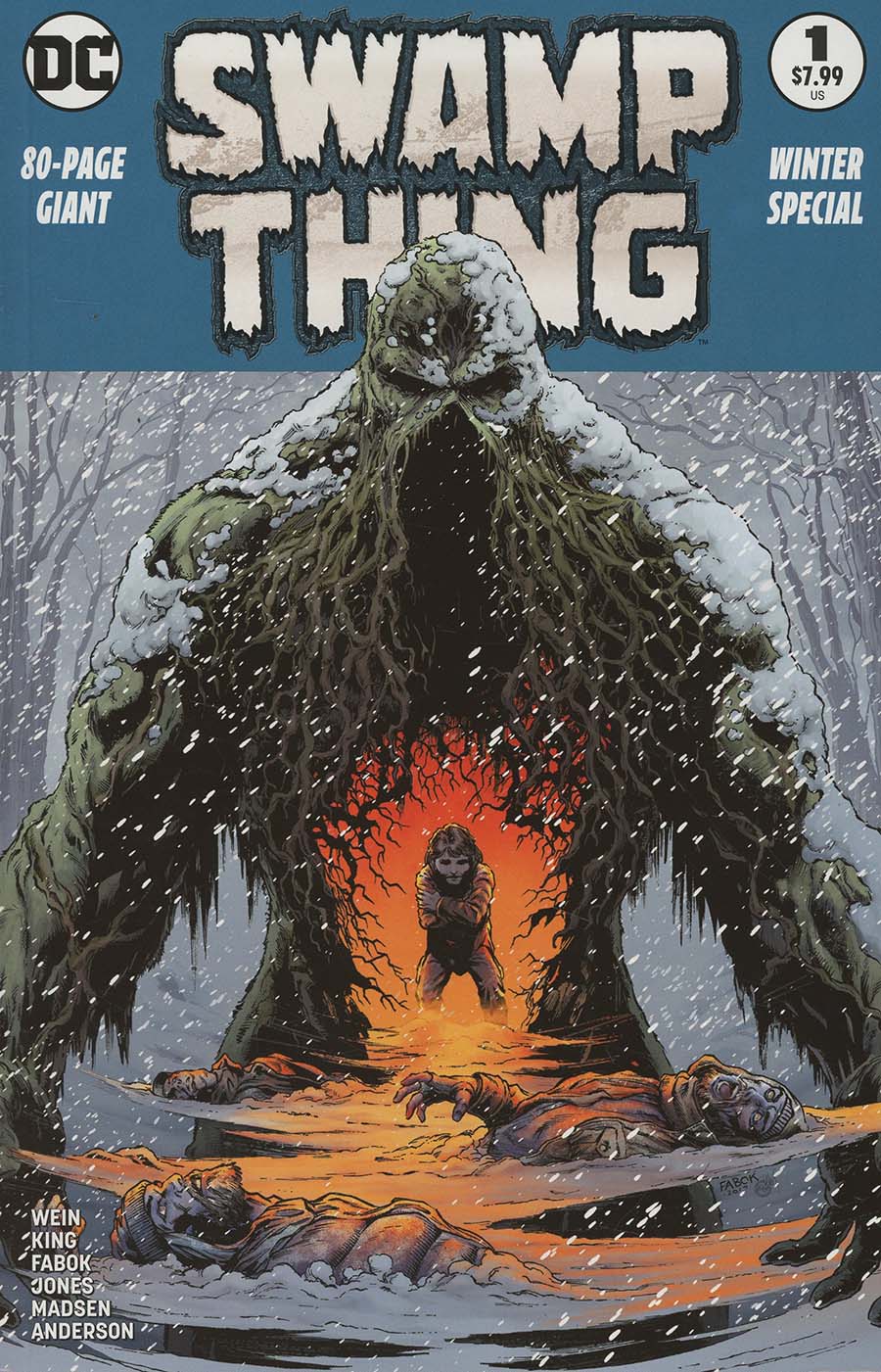 "Tom King and Jason Fabok pay tribute to the legendary creators of Swamp Thing, writer Len Wein and artist Bernie Wrightson, as they join forces for an earth-shattering Swamp Thing passion project!
In this new, squarebound one-shot, Swamp Thing is out of his element as he shepherds a lost boy through a blinding blizzard and other hazards of a strange, frozen tundra. In this touching and harrowing tale of survival, the pair must navigate countless threats throughout a bewildering terrain-with a bloodthirsty snow monster hot on their heels. But how long can they rely on each other? Separated from the Green and stripped of his powers in this dead world, Swamp Thing struggles to fight for their lives and deliver the boy to safety. Disoriented and decaying, Swamp Thing's fading understanding of his surroundings forces the duo to confront their desperation and uncover the true identity of the snow monster that hunts them.
In addition, this special features the final Swamp Thing story from the monster's co-creator, Len Wein. Originally intended as the start of a new series, it is presented here both in its original script form and with art by Kelley Jones.
RATED T" 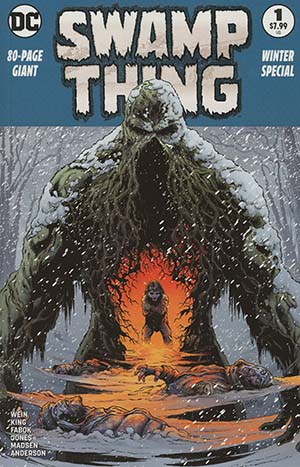