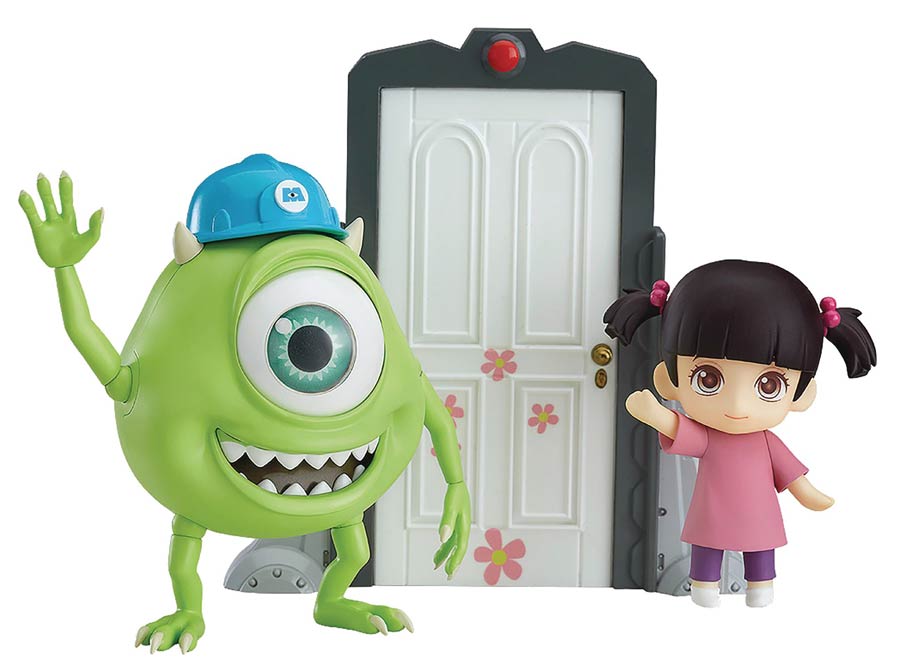 From Good Smile Company. From Pixar Studios' Monsters, Inc. comes a Nendoroid of Mike together in a set with Boo! The DX version comes with two different face plates... but since his face is pretty much his body, Mike comes with two completely separate bodies! The largest eye in Nendoroid history has been articulated allowing you to enjoy &quotGoogley Bear" with all sorts of different expressions, and his arms and legs are articulated allowing for various dynamic poses. The little Boo figure included with Mike looks adorable in her casual outfit! Other optional parts included with the DX version is a door similar to that included with Nendoroid Sulley: DX Ver., but instead in the version before it was broken! He also comes with his helmet complete with the Monsters, Inc. logo as well as alternate arm and leg parts to recreate the scene where he sprays himself in the eye! Be sure to display them together with the previously announced Nendoroid Sulley! 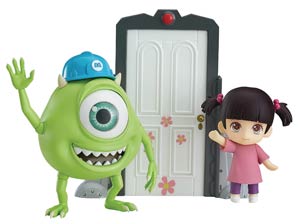