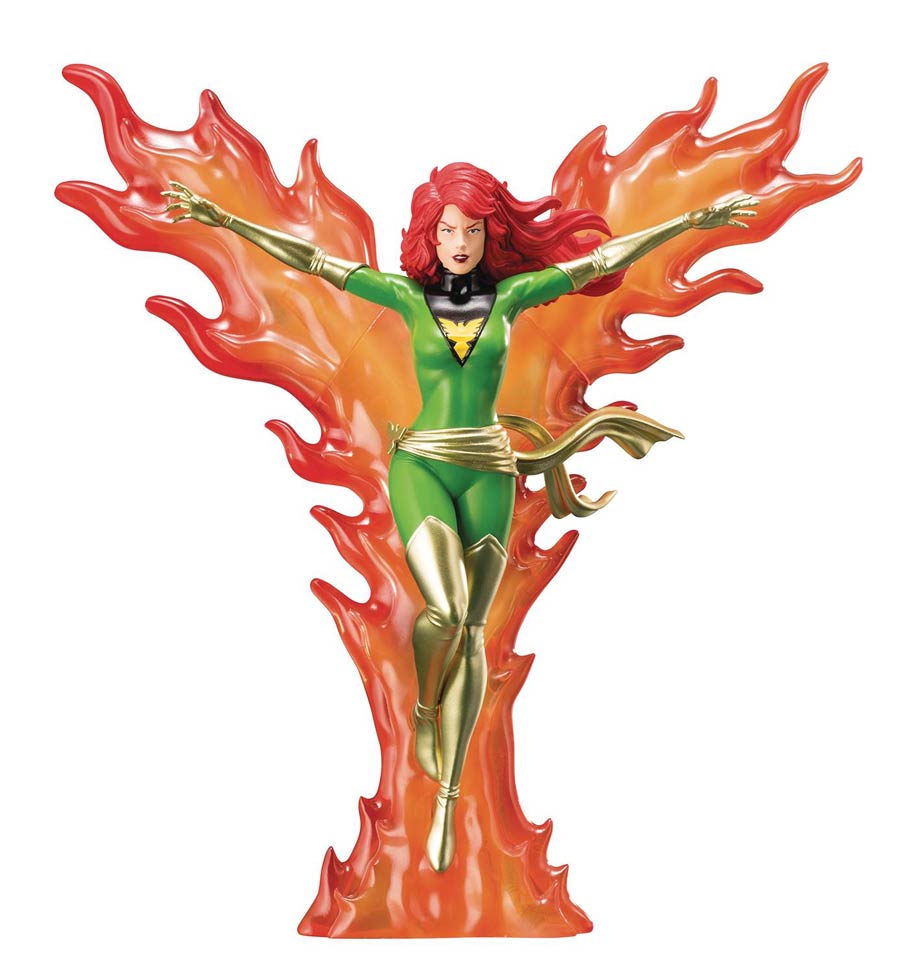 From Kotobukiya. New Production Run! Kotobukiya presents a line of highly collectible ARTFX+ figures inspired by the golden age of the X-Men series! The highly collectible 1/10 scale figures of the X-Men '92 series are rendered in the bold, dynamic style of the popular X-Men animated series, their simplistic sculpting and vivid colors making them look as if they've jumped straight out of an animation cel. The fifth character to join the series is the super mutant Jean Grey, who becomes the powerful Phoenix when a mysterious power known as the Phoenix Force is awoken in her during the Phoenix Saga of the animated series. The Dark Phoenix Saga features one of the most memorable and emotional conclusions in the series, and this ARTFX+ statue's generous scale reflect Phoenix's importance in the storyline. Following in the footsteps of Professor X's large hover chair, Phoenix's base is outfitted with a massive &quotPhoenix Force" effect part, depicting the hero floating in mid-air as she calls forth her bottomless power. Like the other X-Men '92 statues, Phoenix does not have magnets installed in her feet. The statue's packaging is inspired by 90s action figures. 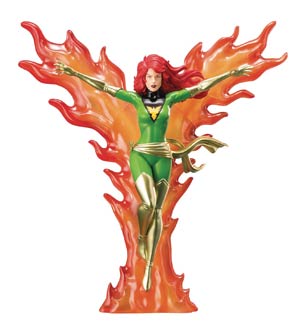