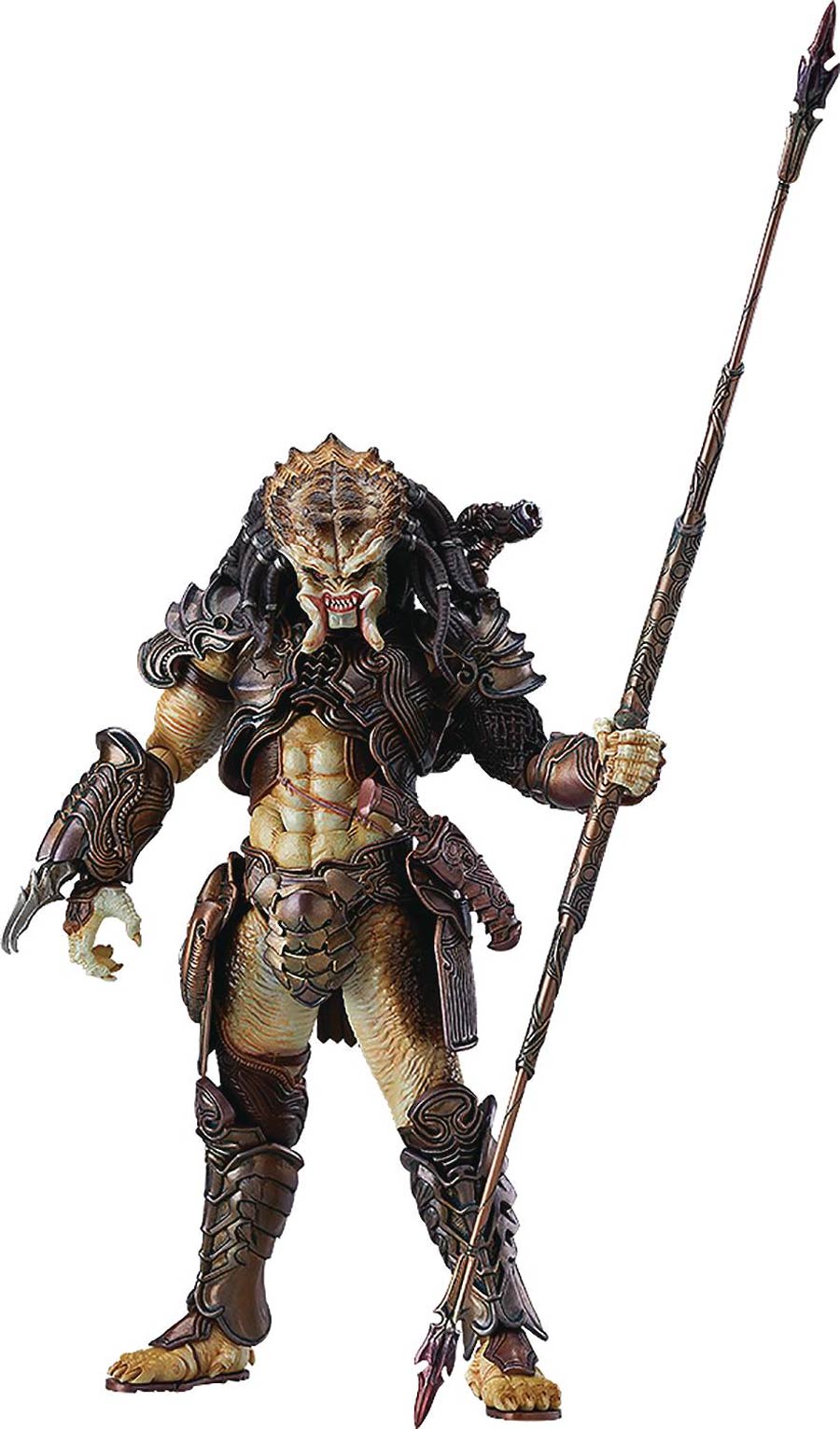 From Good Smile. The proud interstellar hunter as an action figure designed by Takayuki Takeya! From the classic sci-fi action movie Predator 2 comes a figma action figure of a Predator, specially designed by sculptor Takayuki Takeya! The figure has been sculpted and painted with careful supervision by Takayuki Takeya himself! The smooth yet posable figma joints allow you to act out a variety of different scenes. A flexible plastic is used in specific areas, allowing proportions to be kept without compromising posability. The figure comes with two face plates including an intimidating expression with an articulated jaw, as well as an expression with closed eyes. Optional parts include the Predator's Bio-Mask, two Wristblades of different length as well as both an open and closed Smart Disc. An extendable spear with interchangeable parts and a ceremonial dagger are also included. A postcard featuring Takayuki Takeya's original Predator design illustration is included with the figure. 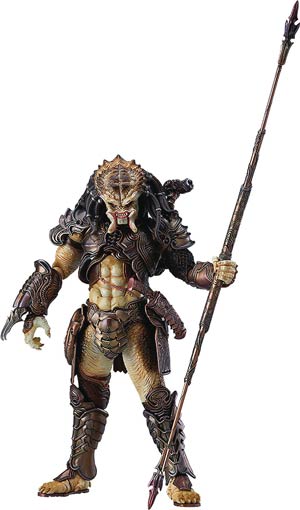