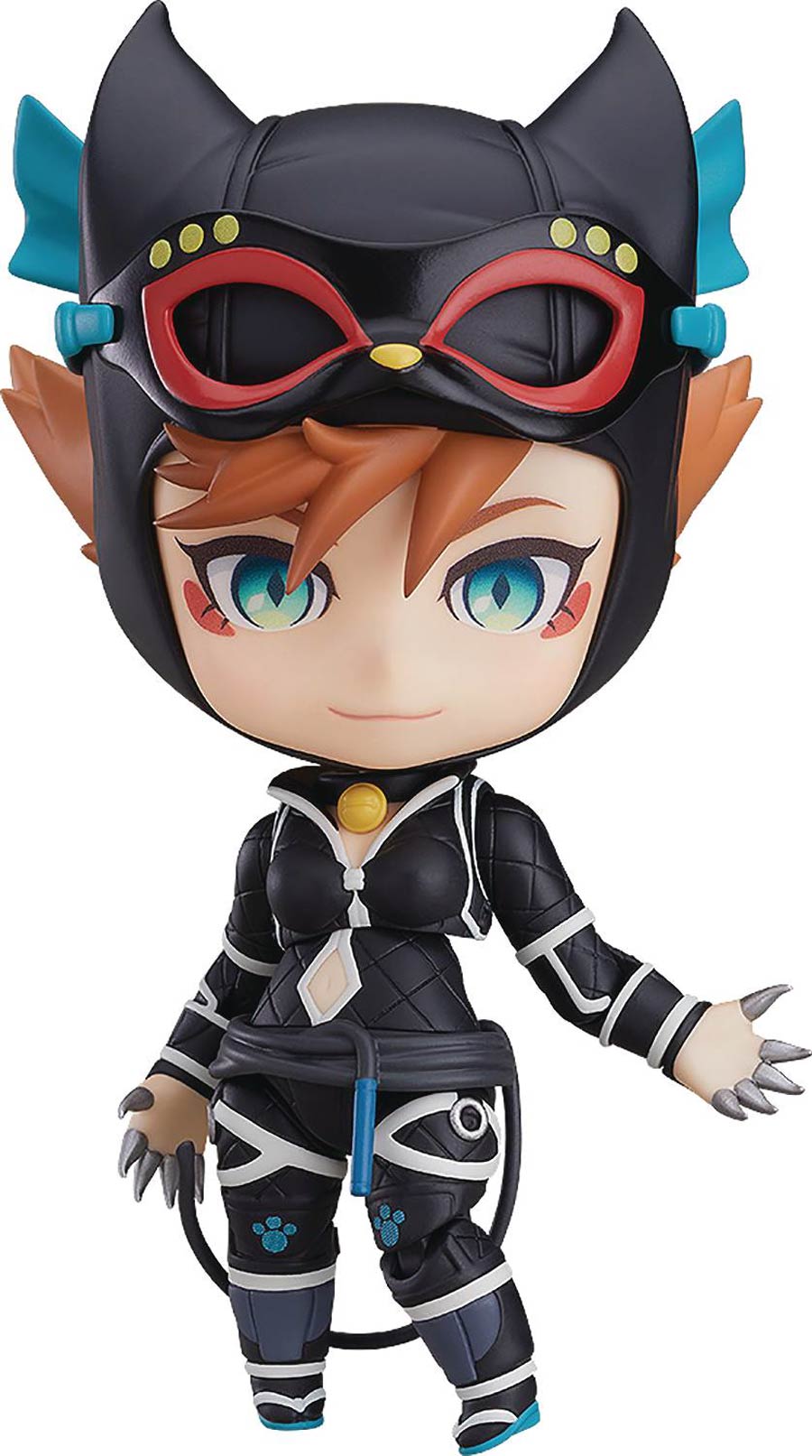 From Good Smile Company. From the animated action film that features Batman travelling to the Sengoku period of Japan, Batman Ninja, comes a Nendoroid of Catwoman! She is wearing her ninja outfit and is fully articulated allowing for all sorts of posing options. The careful paintwork and use of glossy and matte paints to capture different textures allow for beautiful details, and her mask can be attached and removed with ease. She comes with three face plates including a standard expression, a provoking expression as well as a cat-like expression with her tongue out! The whip she has tied around her waist like a cat's tail can also be removed, and she comes with a separate whip which can be held to display her in battle scenes! Hand parts that include her extended claws are also included to place her in a different combat style! 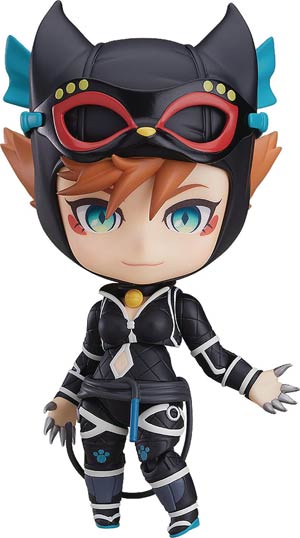