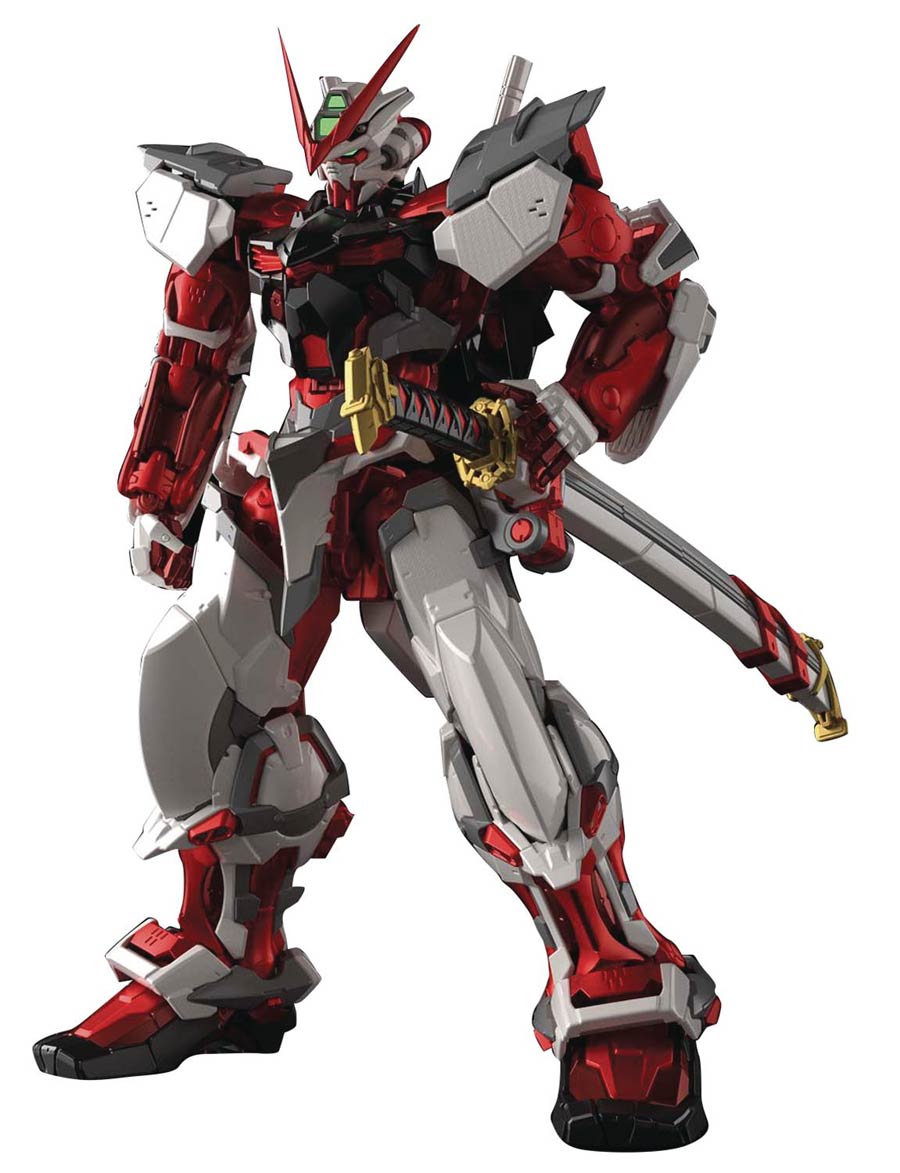 From Bandai Hobby. Like the Blue Frame, Lowe Guele's Astray Red Frame Kai boasts amazing articulation through the generous use of poly-caps. Once assembled, this MG will be able to stand in a variety of poses wielding its weapons. Its backpack can easily take on a several forms with some simple changes. As 'Tactical ArmsIIL' it can change between Flight Form, Delta Form, and V form. Its Sword Form changes to Work Form, whereas Arrow Form takes the shape of a giant bow. The Beam Torch can be held in the mech's hand or attached to the Arrow Form. The MG Astray also comes with its two signature katana; Gerbera Straight forged by Kiku Ichimonji and Tiger Pierce by Kotetsu. The two katana even feature signatures carved into the handles! Two 1/100-scale figures of Lowe Guele, one sitting and one standing, are also included plus dry transfer decals and stickers for markings. Bandai originally released this kit in February 2010 and, as part of the 30th anniversary of Gunpla that year, included a bonus runner of clear parts. This release does not include the bonus clear parts runner. 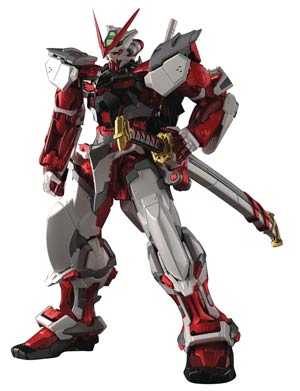