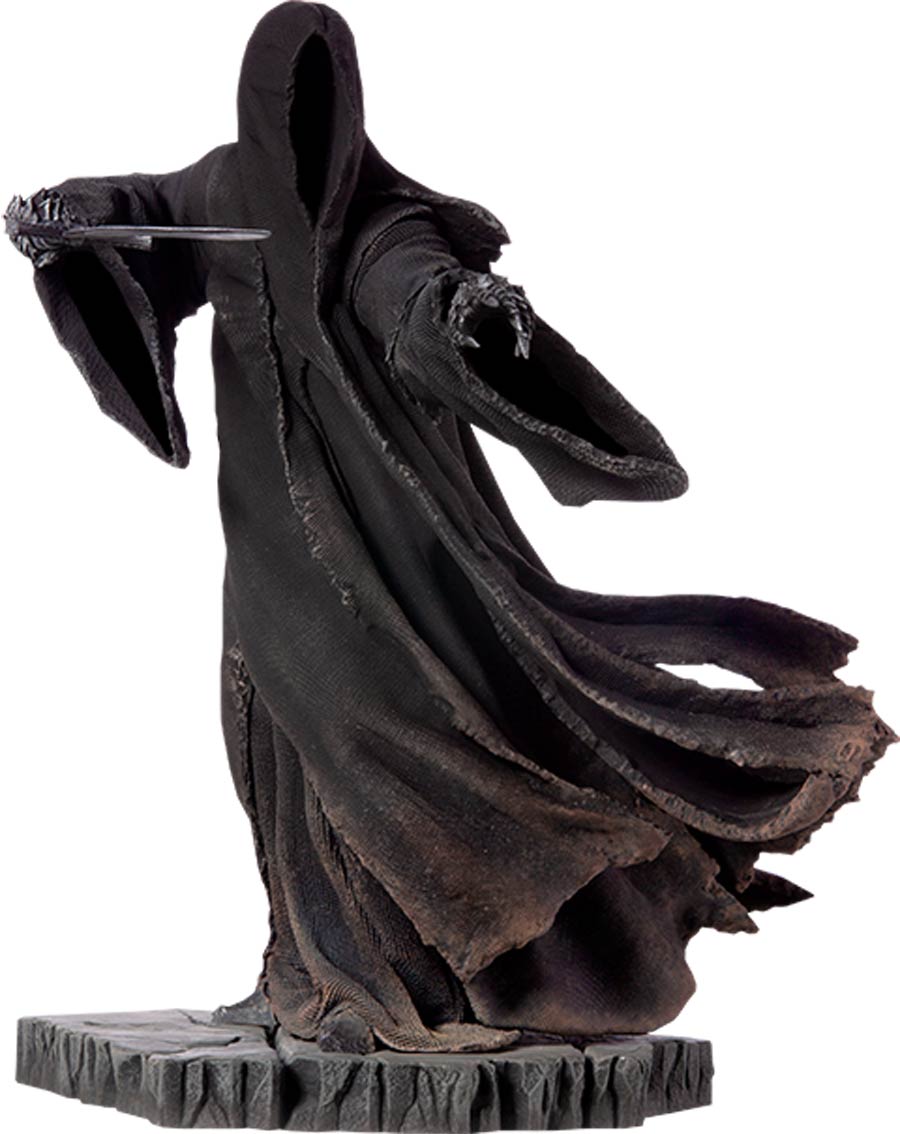 "The Nazgul, or Ringwraiths, were the most terrible servants of Sauron.

They were originally mortal men but little is known about their real identities. Sauron gave them the Nine Rings of Power in order to enslave them to his will. One was a lord from the east whose name was Khamûl, who became lord of Dol Guldur after Sauron fled.

The Nazgul were condemned to exist only in the spectral world. After so many years, their very existence became torture. They were permanently invisible, except when they wore black robes to give them a visible shape. Sauron, and whoever wore the One Ring, could see them in their spectral form, like pale figures with flaming eyes, gray hair, white robes with ashes and silver helmets." 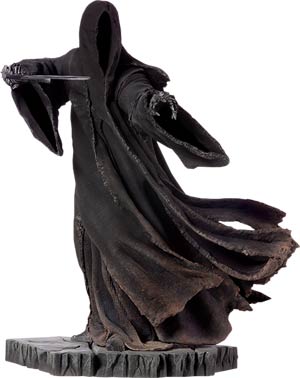