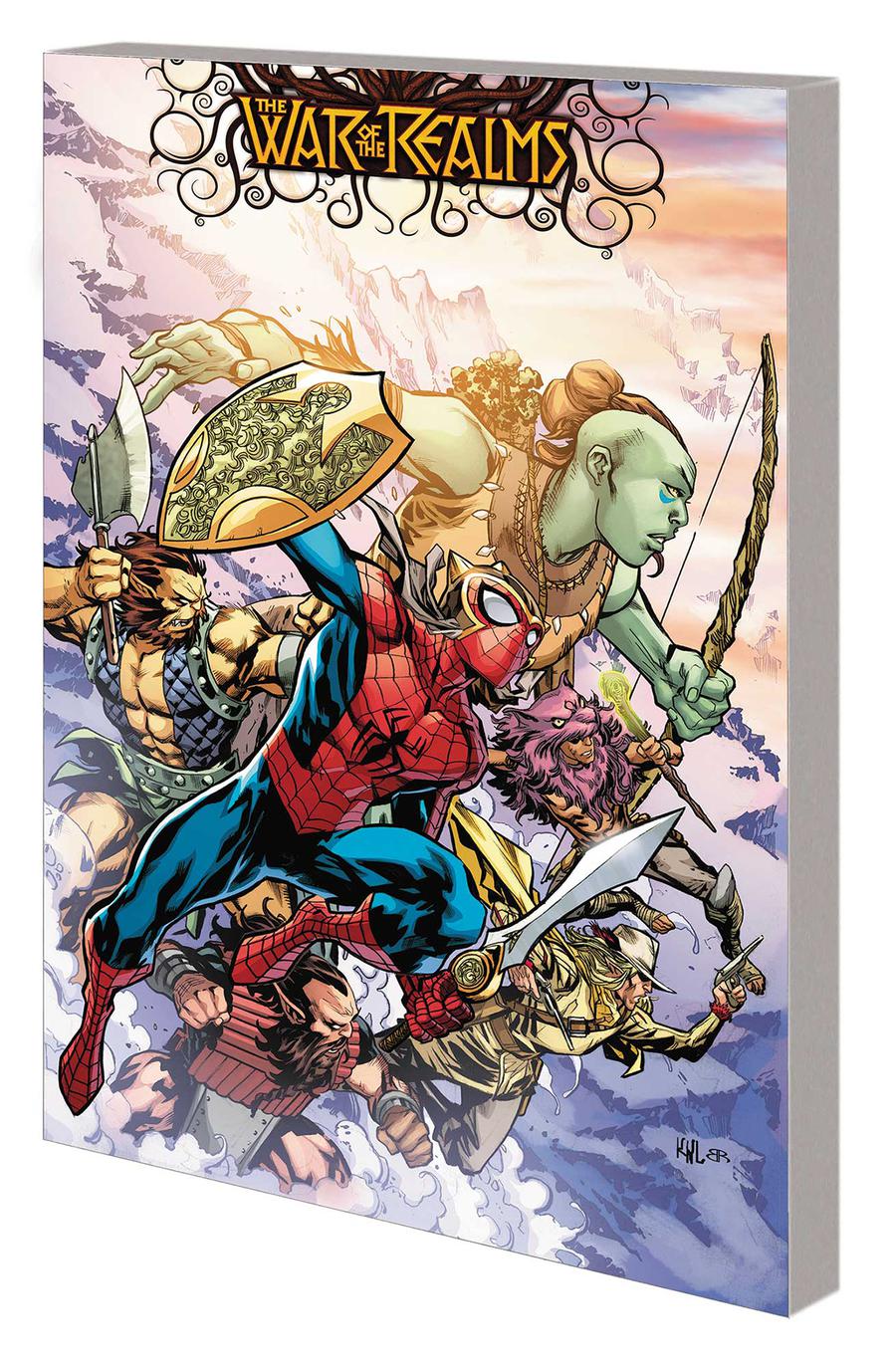 War on two fronts! To win the War of the Realms, Earth needs the League of Realms! And who better to serve as the legendary team's new leader (and Midgardian member) than…Spider-Man?! The wall-crawler joins Screwbeard the Dwarf, Ud the Troll, Ro Bloodroot the Wizard, Sir Ivory Honeyshot the Light Elf and Titanya the Mountain Giant! But who will represent Asgard as the members of the League fight for their lives (and all of existence) against former member Kurse? Then, from Jason Aaron, the architect of WAR OF THE REALMS, comes a Daredevil story like no other! Gifted the incredible sight of the Bifrost, will Daredevil watch Midgard burn - or can the defender of Hell's Kitchen guard an entire Earth turned to Hell? Collecting WAR OF THE REALMS: SPIDER-MAN & THE LEAGUE OF REALMS #1-3 and material from WAR OF THE REALMS: WAR SCROLLS #1-3. 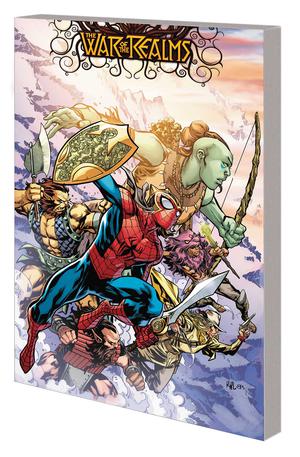