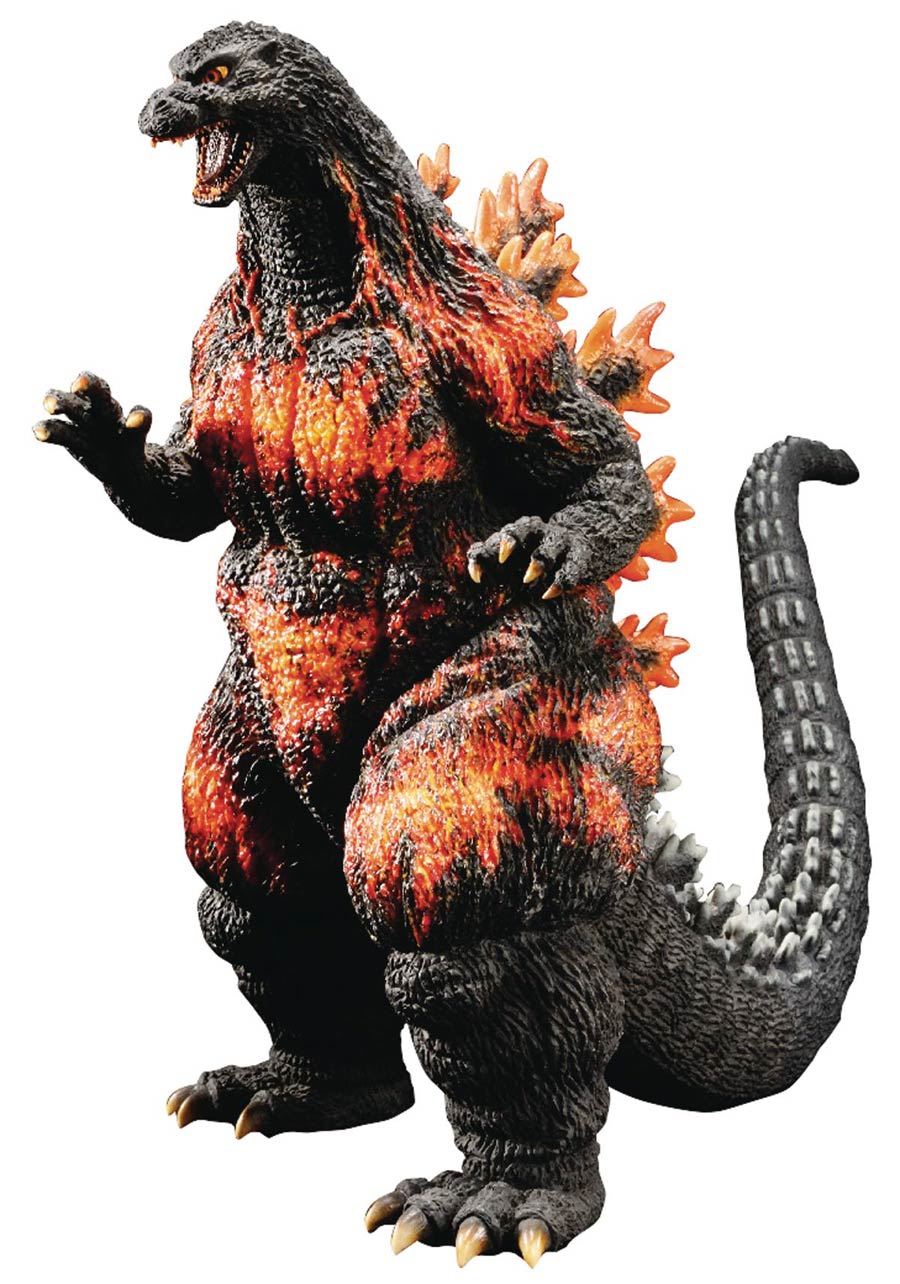 From X-Plus. Presenting the Godzilla (1995) from Godzilla vs. Destoroyah from the Yuji Sakai Modeling collection: a soft vinyl series produced using molds made and supervised by Yuji Sakai himself! This series takes inspiration from the scene of Godzilla landing in Hong Kong with its entire body burning red at the start of the film and the model itself packs a serious punch and gives off an overwhelming sense of presence as it tramples through the streets of Hong Kong at night. With the end of the Heisei period in Japan, this 'Death Godzilla' which was the final Godzilla in the Heisei VS series has made its way to the Yuji Sakai Modeling collection line-up. Experience this beautiful model yourself only made possible thanks to Mr. Sakai who was involved in the making of the original Godzilla vs. Destoroyah film as part of the modeling team. 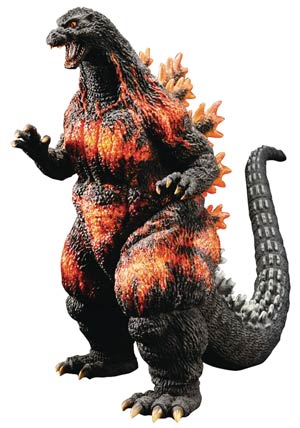