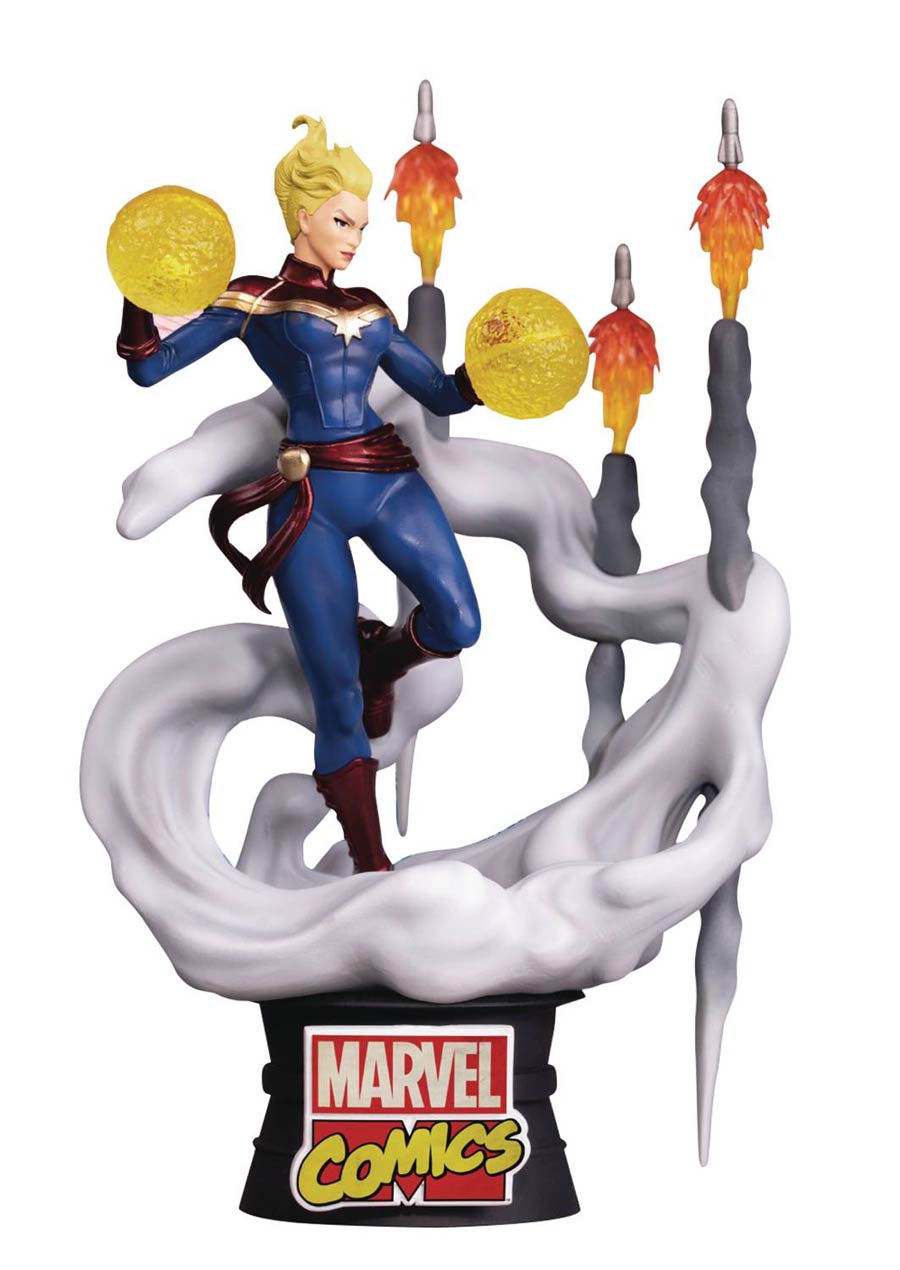 From Beast Kingdom. One of the most powerful superheroes in the Marvel comic universe, Captain Marvel has now officially burst out of the comic pages and joined the ranks of the Marvel Cinematic Universe, as the latest Avenger! As seen in the comics, Beast Kingdom proudly presents the latest in the D-Stage Staging Your Dreams line of dioramas: Captain Marvel DS-019! With an extreme attention to detail, this D-Stage features Captain Marvel in her traditional flying pose! Using the latest in manufacturing techniques, this figure recreates her classic costume of red, blue and gold, even replicating the transparent effects of her energy trail when in flight or in the middle battle. 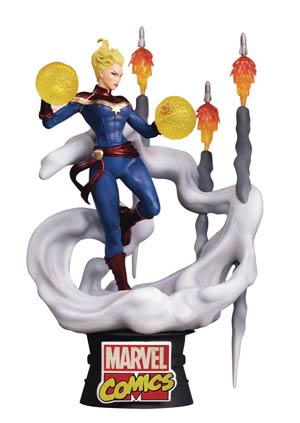