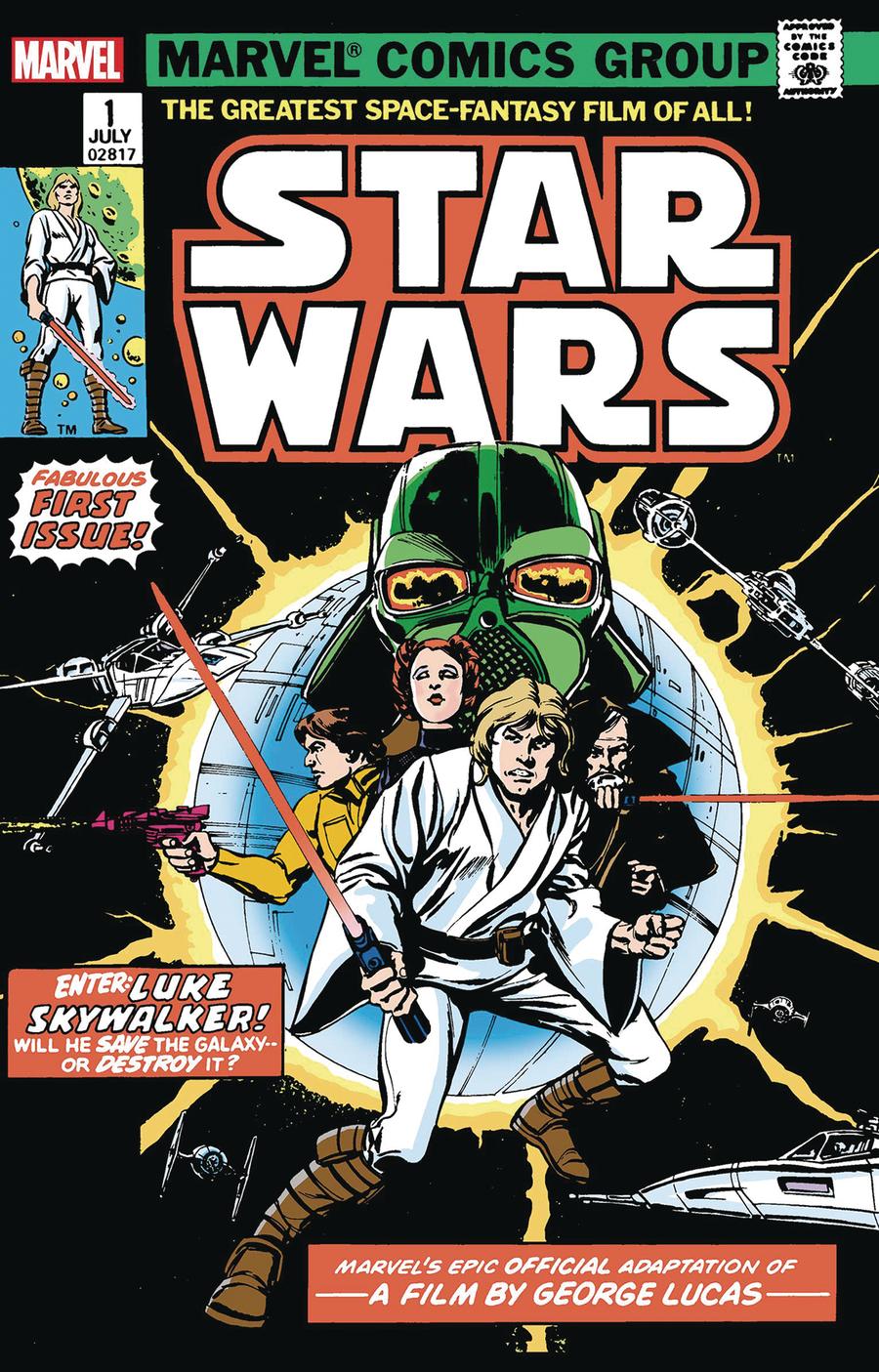 Months before the first Star Wars movie had even arrived in theaters, Marvel Comics' STAR WARS #1 hit the stands, and introduced eager readers to a galaxy far, far away! Its cover asked: 'Luke Skywalker: Will he save the galaxy or destroy it?' - and inside, readers eager to know the answer joined Luke on the first, fateful steps of his epic journey from the deserts of Tatooine to the very heart of the Rebellion! This opening chapter of Marvel's adaptation of George Lucas' cinematic masterpiece features the debuts of some of the most beloved characters in cinematic history - including Princess Leia, R2-D2, C-3PO, and of course, the ruthless enforcer of the Galactic Empire, Darth Vader! It's one of the all-time great Marvel comic books, boldly re-presented in its original form, ads and all! Reprinting STAR WARS (1977) #1.
Rated T 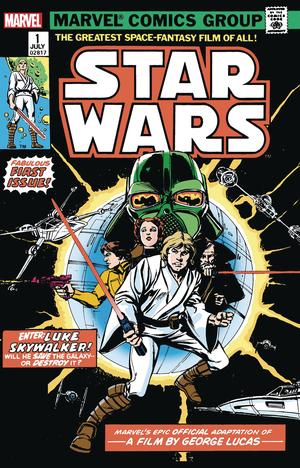