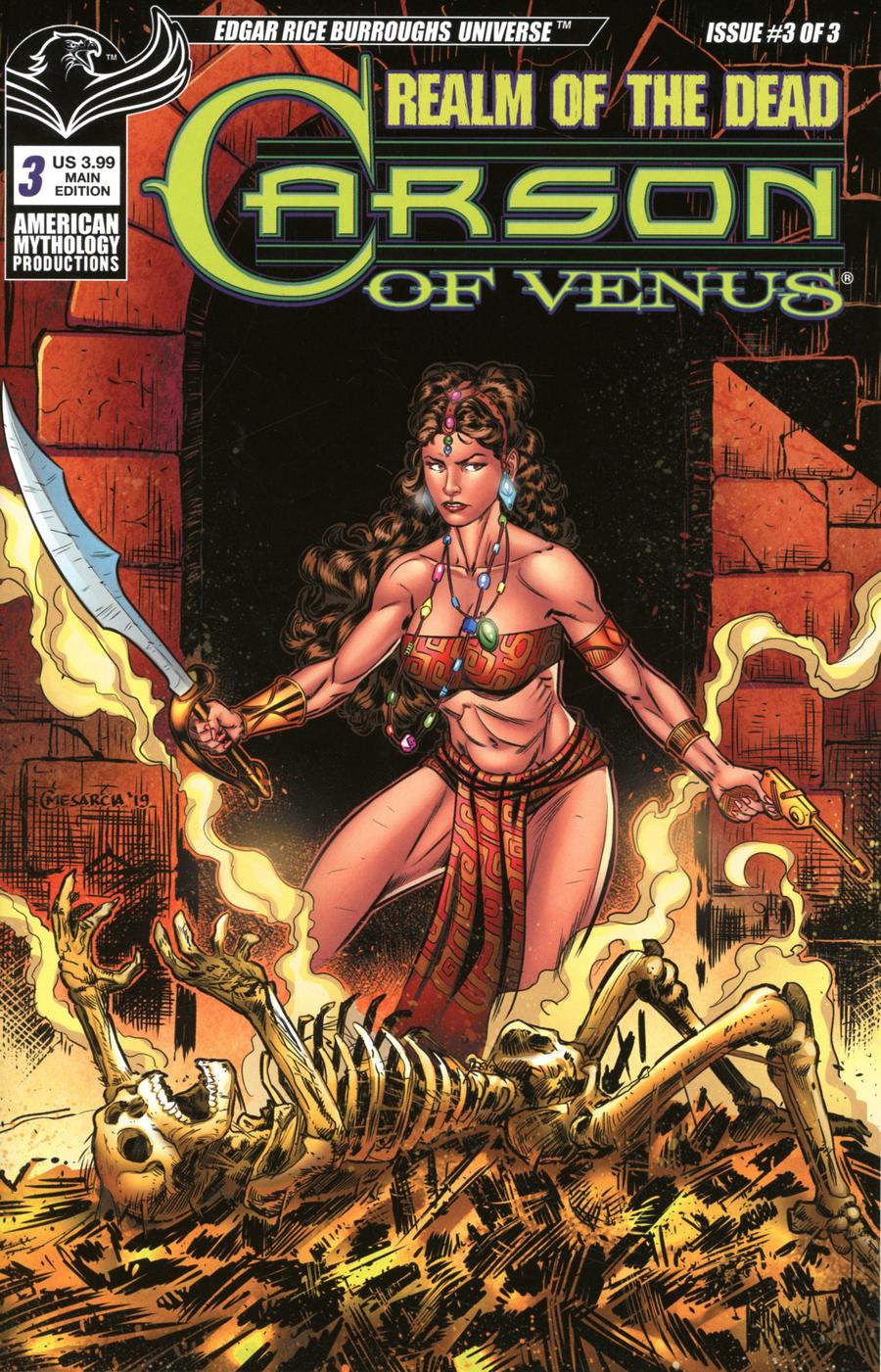 Carson Of Venus Realm Of The Dead #3

The long-awaited continuation of the Carson of Venus: Fear on Four Worlds story line comes to an incredible conclusion in a sci-fi tale that ushers Edgar Rice Burroughs' classic characters into an era of all-new adventure! Held prisoner behind the walls of the villainous Skar's castle stronghold in the fetid jungles of Venus, the Princess Duare has given up hope that she will be rescued by Carson Napier and makes a fateful decision that could lead to death at the hands of Skar's legion of undead warriors. But don't count out Carson just yet, as the stranded Earthman fights his way through an unbelievable assortment of nightmarish creatures to rescue the woman he loves... If he's not too late! 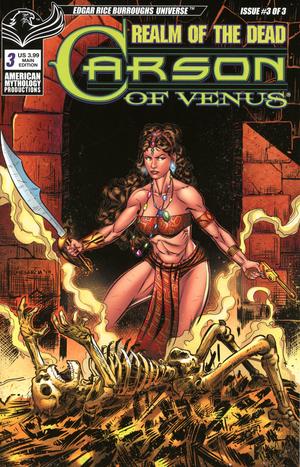