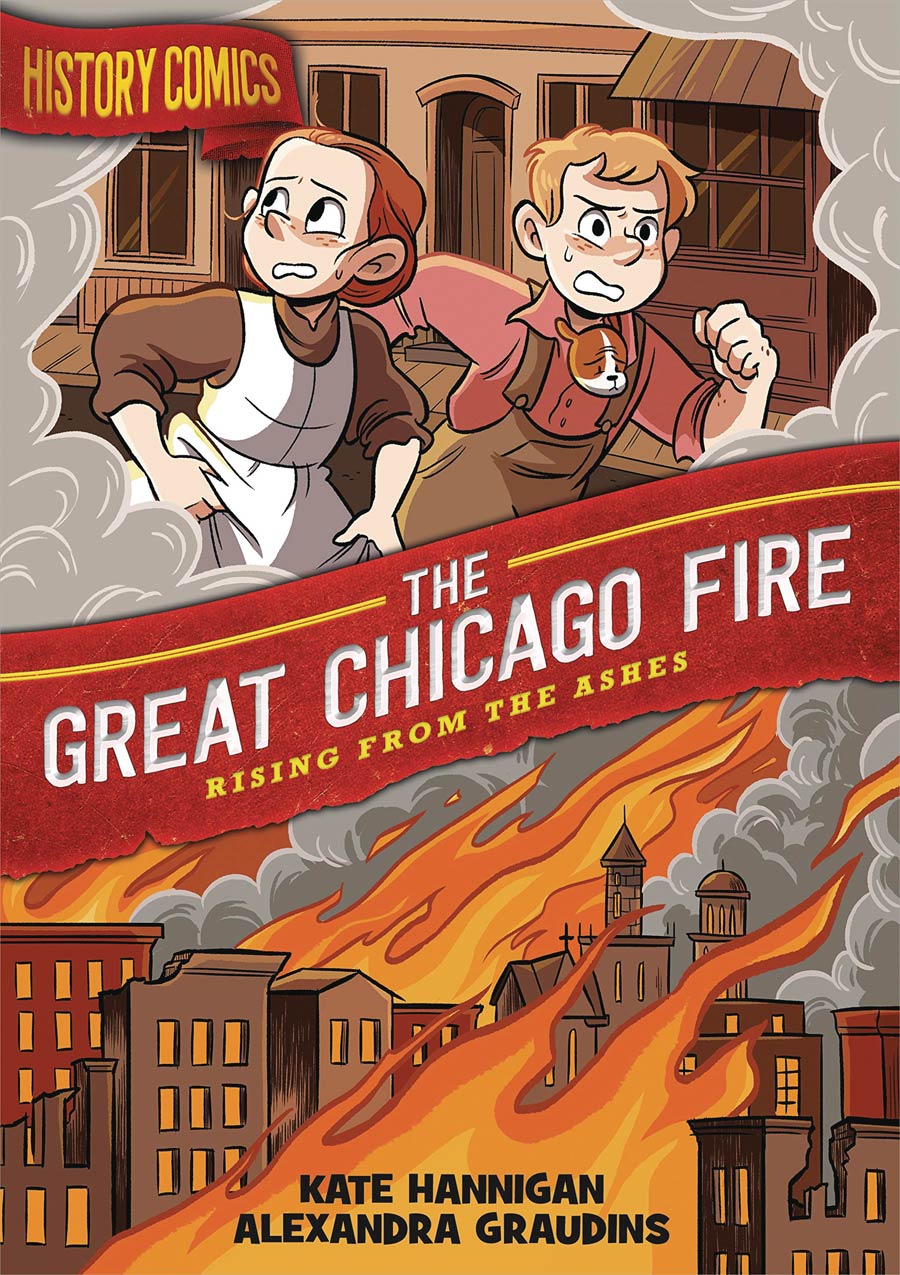 Turn back the clock with History Comics! This debut volume of First Second's new nonfiction series introduces readers to the Great Chicago Fire of 1871.

Following the success of Science Comics, First Second is launching a new nonfiction series: History Comics! Travel back in time to the launchpad at Cape Canaveral, the deserts of the American southwest, the riot at the Stonewall Inn, and beyond! With History Comics, the past comes alive in a way that's edifying, entertaining, and relevant to our modern lives.

In this volume, turn the clock back to 1871. Red-hot embers swirl on a dry prairie wind, igniting a blaze that will engulf Chicago for two terrifying days. As a young brother and sister rescue a helpless puppy, they race to stay one step ahead of the devilish inferno and reunite with their lost families. With downtown reduced to a charred skeleton of itself, how will the once-proud city ever rebuild? 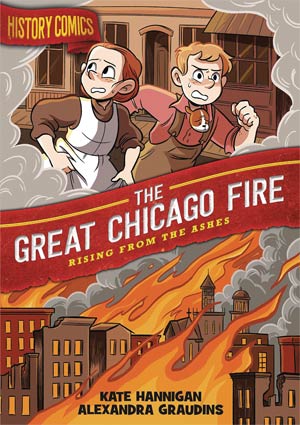