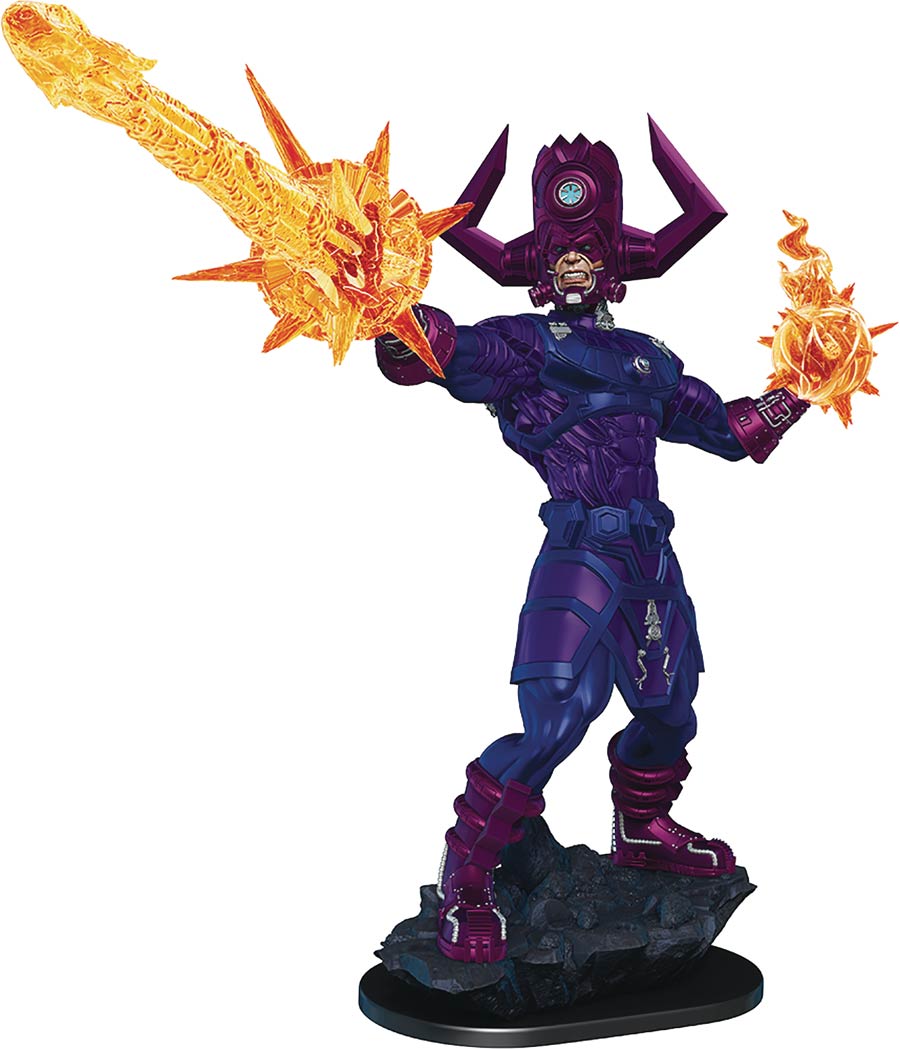 TALL AND MODULAR The Devourer of Worlds draws near! As Galactus' hunger grows, his next target is revealed: the HeroClix tabletop! This Premium Colossal Figure has been specially sculpted with detail pushed beyond anything ever seen in HeroClix. At more than a foot tall, Galactus comes alive to tower over the tabletop and includes an alternate helmetless head to display. PACKAGING Specially designed book-flap box cover helps show gorgeous comic-art from a distance while getting a full view of the figure upon opening the cover. Windows in top and side of box let light in to show off all of the exquisite sculpt details. DIALS Galactus delivers enormous depth of play in addition to a stunning representation of one of Marvel's most beloved cosmic characters. Galactus has 3 x 6 base with 4 dials. Two of those dials represent Galactus himself (for 32 clicks of health). He also has two special dials. An all-new Herald Dial to let another character serve him, and a never-before-seen Elemental Converter Dial which will allow Galactus to devour the map! 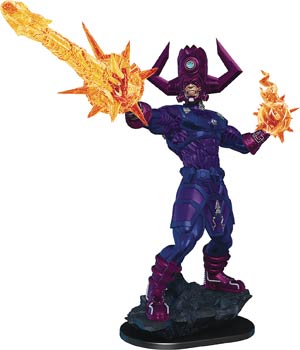