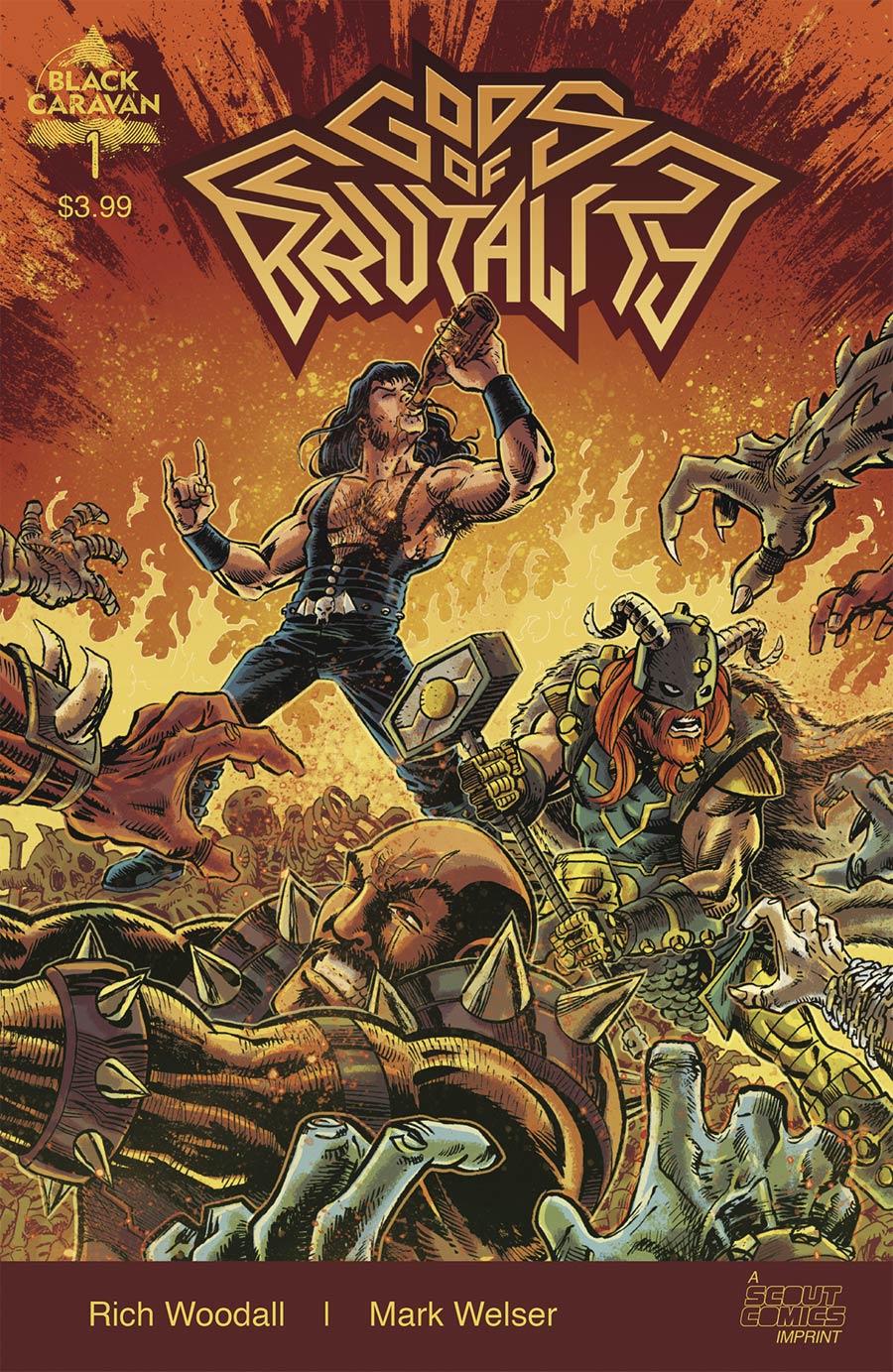 BLACK CARAVAN IMPRINT: In 2020, Rock God Nick Dillion will step off the stage for the final time, ending his 37-year career as the head of the Metal Band: Gods of Brutality. They are about to release their final album, completing the story he set out to tell 37 years before.

In his final interview, Nick reveals that when he died for 1 minute, 24 seconds in 1984, he was actually in hell, where he was tortured by demons. In an act of desperation, Nick prayed to any God that would listen. Thankfully his pleas were answered when Thor and Hercules were dispatched to save him.

This is the comic telling of that story. 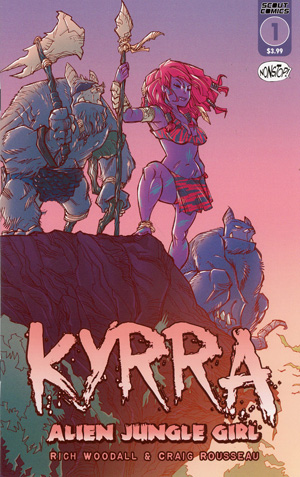 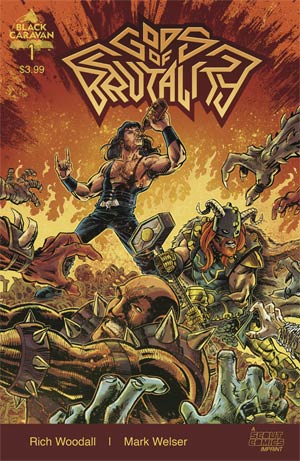 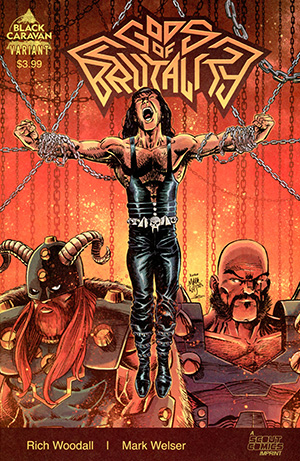 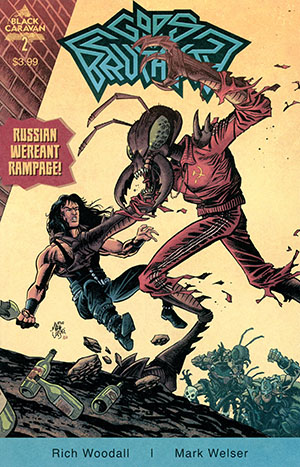 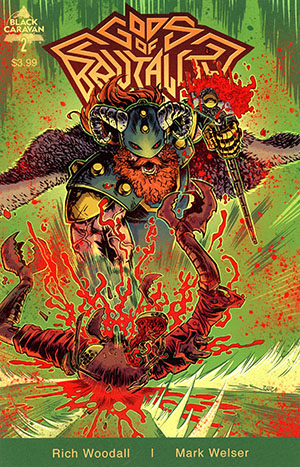 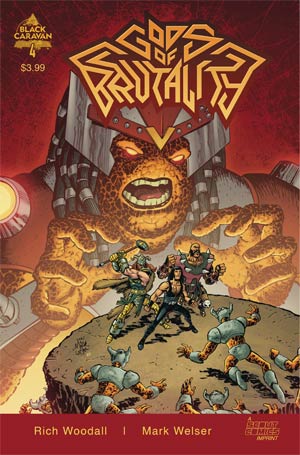