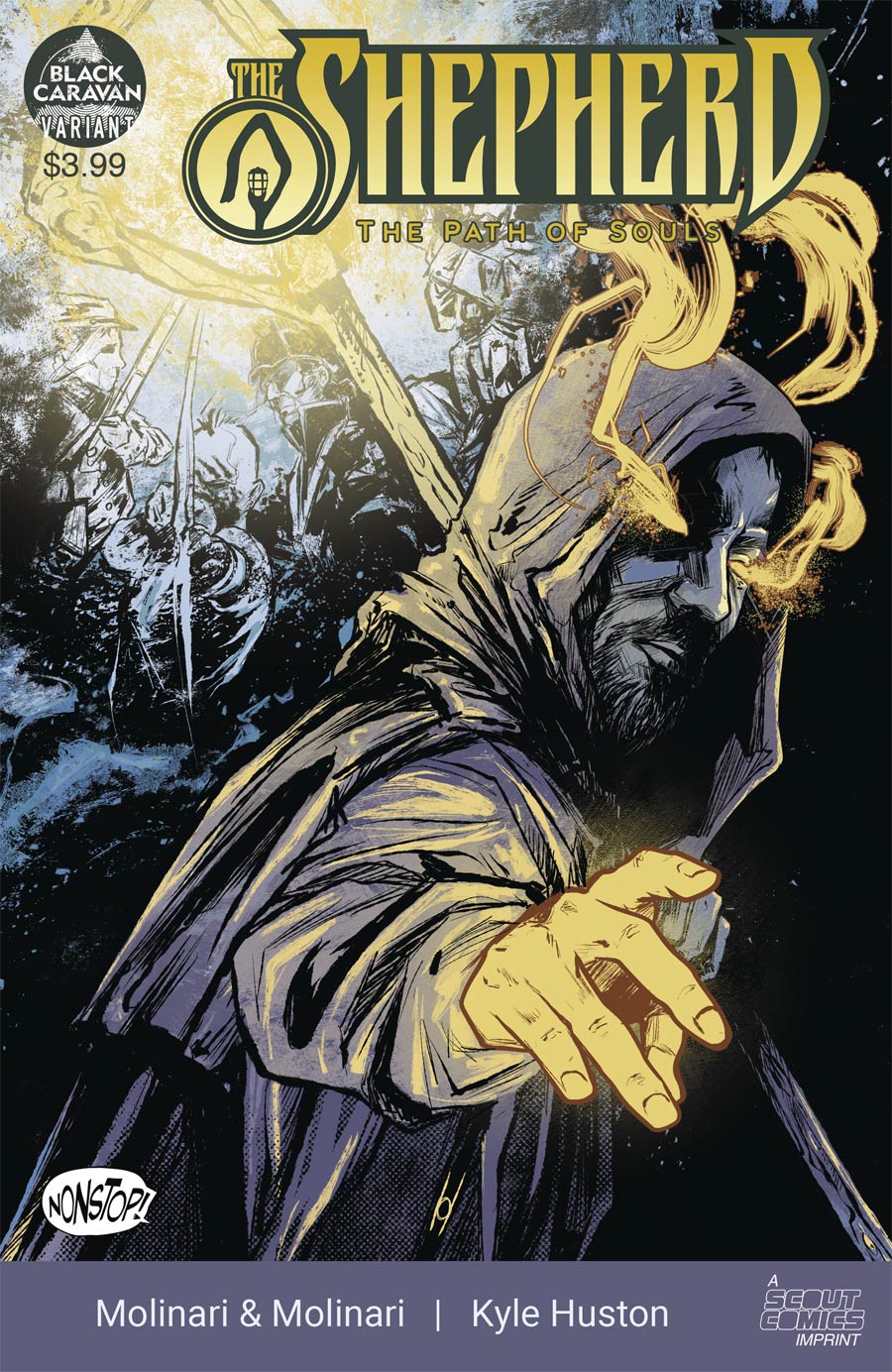 Black Caravan Imprint: Prof. Lawrence Miller (a.k.a. The Shepherd) and his companions are wandering in the Seam, the transitioning place between this world and whatever comes next. While traveling, they stumble on a particular district of the Seam that functions a hospital of sorts for the souls of warriors who have died in combat. It appears that they have come to a peculiar version of Operation Phantom Fury, the 2nd Battle of Fallujah (November 2004). But this is the afterlife... and things aren't always what they seem.

Enjoy the first issue of this NON-STOP! title followed by the entire story collected soon after in one volume. 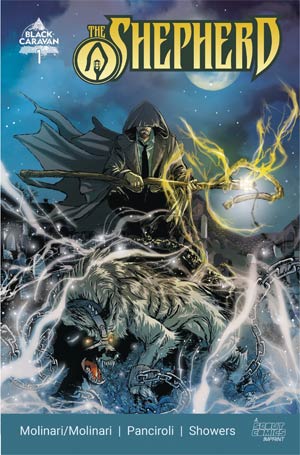 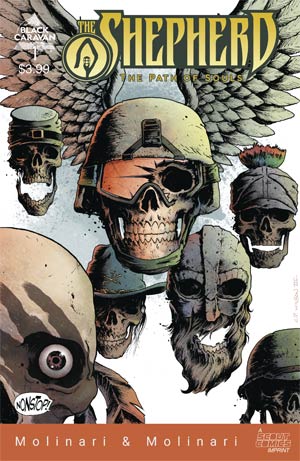 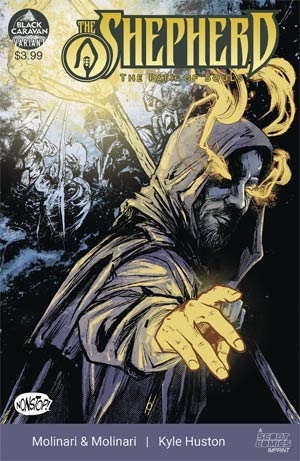