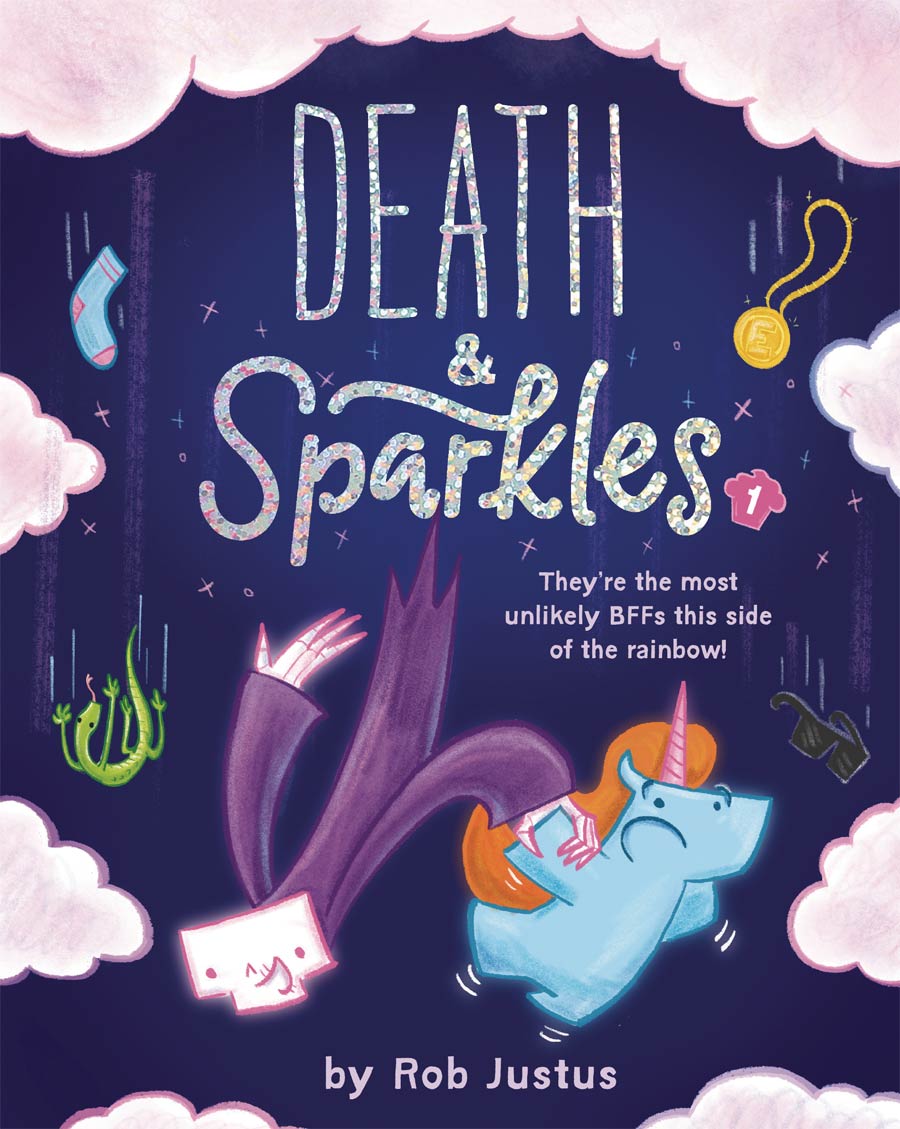 Adventure Time meets The Good Place in this zany-yet-philosophical graphic novel buddy comedy about the unlikely friendship between Death, a grim reaper who's never had a friend, and Sparkles, The Last Unicorn, a celebrity influencer who is somehow immune to Death's touch. Being Death is no way to live. Sure, you're all-powerful, but collecting souls involves a ton of paperwork, and it's impossible to have friends when everything you touch instantly dies. Being Sparkles the Last Unicorn isn't as fun as you'd imagine, either. Maybe it seems like the whole world wants to be your bestie, but really people just want you to pose with them for selfies, or use you to help them sell stuff. Everything changes when Death and Sparkles meet and realize they might just be one another's first chance at a real friend. But before they can even enjoy the bromance, the whole world starts freaking out about this unlikely pair. Will fame or BFFdom prevail? Laugh-out-loud hilarious, gently philosophical, and full of delightfully zany exuberance, this buddy comedy turns friendship on its head-literally-and will have readers believing in the power of cupcakes for breakfast and cosmic camaraderie. HILARIOUS BUDDY COMEDY: Move over, Wayne and Garth! Move over, Beavis and Butthead! Readers will love this spin on the classic mismatched BFF dynamic featuring two of the most powerful beings around: the guy in charge of taking everyone's life, and the most magical creature still in existence on Earth. Never have two beings been less alike or more adorable. 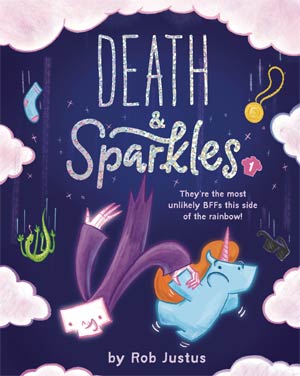