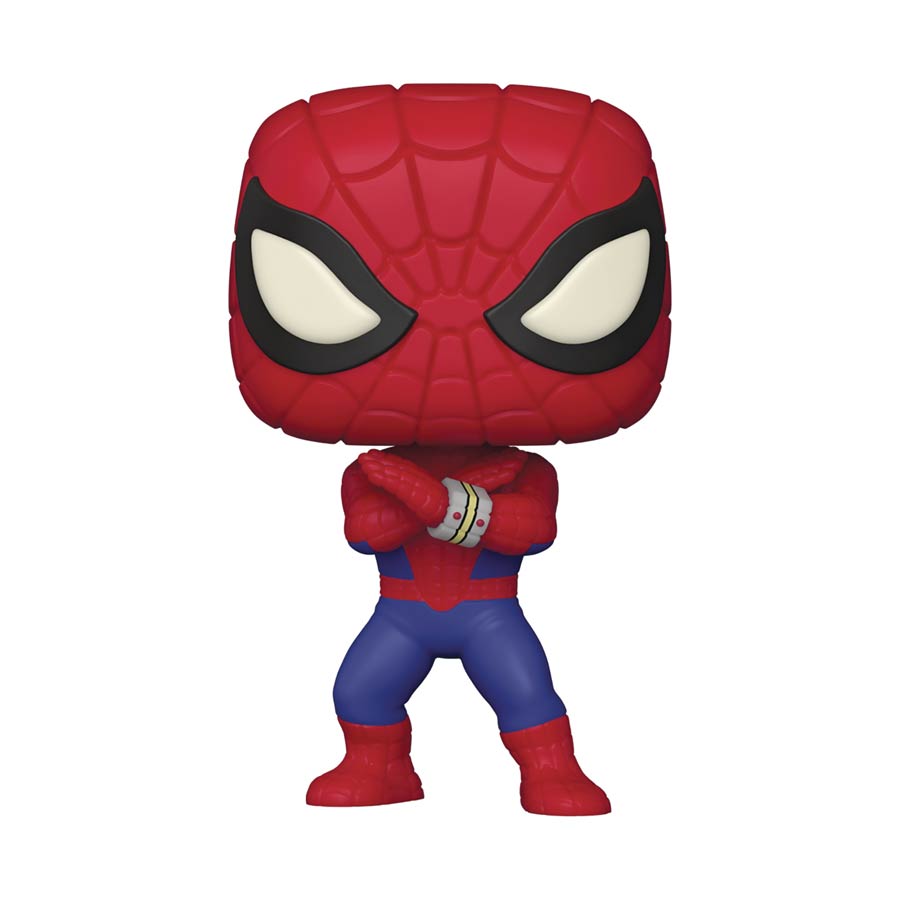 From Funko. A PREVIEWS Exclusive! Inspired by the release of Marvel's 616, the new eight-episode anthology series coming to Disney+, Spider-Man of Earth-51778 is here to put a uniquely Japanese spin on your Spidey collection! Young motorcycle racer Takuya Yamashiro becomes Spider-Man in the the 1978 tokusatsu live-action television series when tasked with saving the world by Garia, the last of the aliens from Planet Spider. The POP! Japanese TV Spider-Man Bobblehead Vinyl Figure features the hero in his Spider-Protector costume with his Spider Bracelet that allows him to not only shoot webbing, but to call on giant robot known as Leopardon to aid in the fight against the evil Iron Cross Army! This PREVIEWS Excusive figure stands about 3 3/4" tall and comes packaged in a collector-friendly window box. Don't miss out on adding this excusive figure to your own Funko Spider-Verse, and hone your Spidey senses to hunt for a Glow-in-the-Dark chase version! Please note: Chase figures are randomly packed and cannot be guaranteed with purchase. 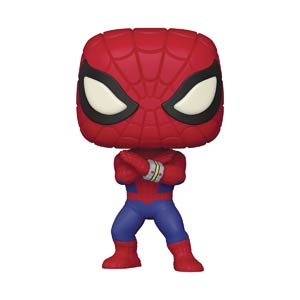