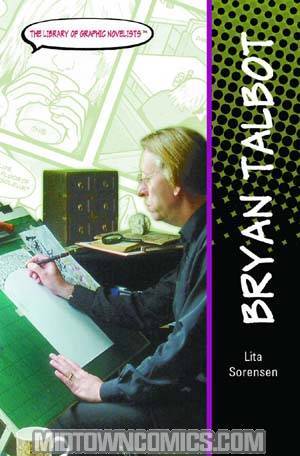 Called “the godfather of the modern comic,” Bryan Talbot was influential in the success of the British comics scene and was an important member of the “British Invasion” onto the U.S. scene. His artistic contributions to the works of other, as well as his own works, have had a great impact on comic fans and mainstream audiences alike. His masterpiece, One Bad Rat, which tackles the sensitive subject of child abuse, has been widely praised and has been used as a learning tool in abuse centers.